02 Apr Nikita Kadan: “The goal is to make a museum debate with itself” 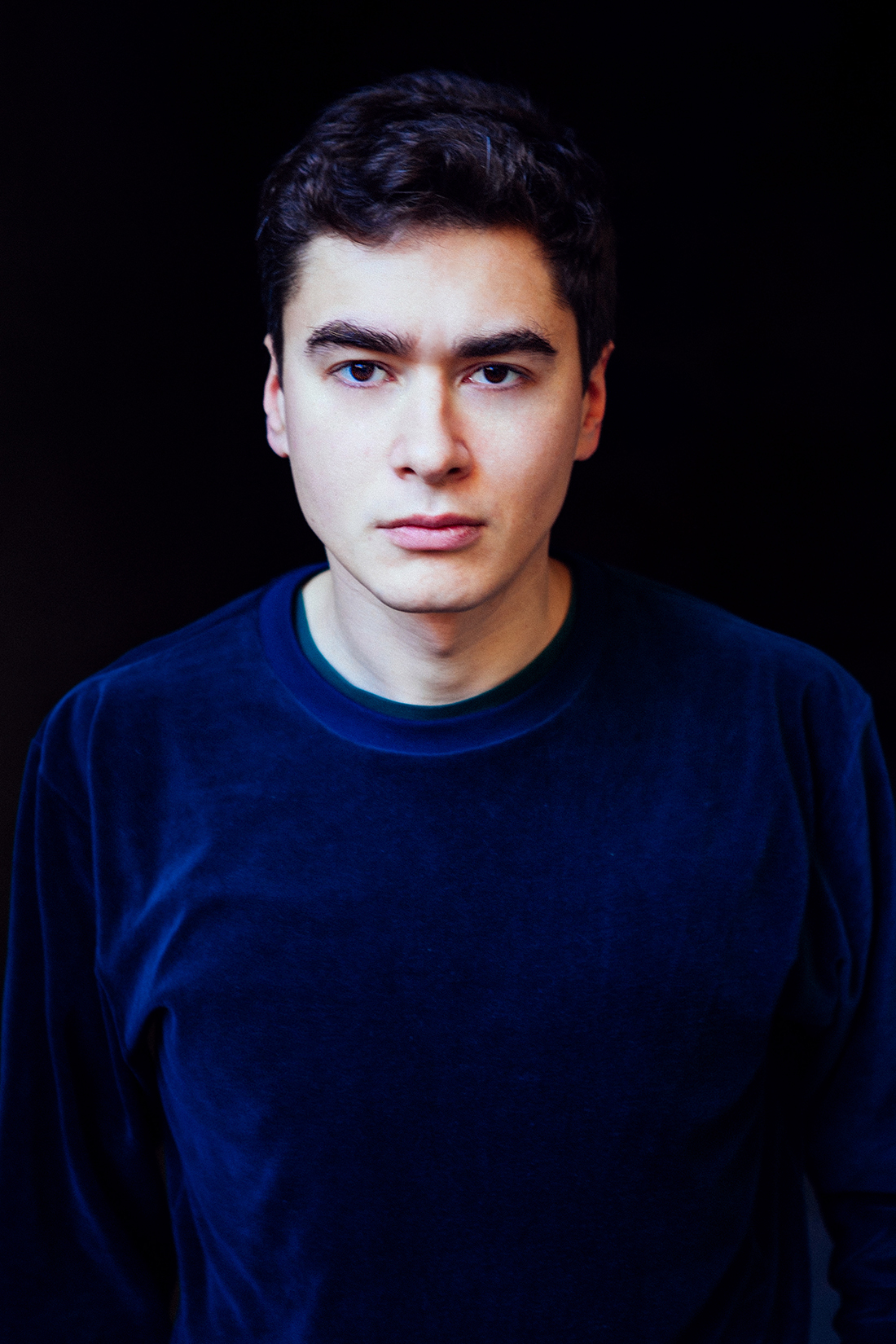 On habits and manipulations

A habit and laziness are politically important. If a part of your identity is rooted in the habit, if you are too lazy to force yourself do something, then you should stick to your habit and your laziness. Don’t let the social order stay on your way. Let your identity be your artwork, compose it of any parts you want, stretch it to the desired shape, and if you want to leave some fragments unpolished, raw – follow your desire.

But it is a different matter, when the subject of identity becomes an instrument of authoritarianism. Then a new story appears, and it’s not about human interests, habits and way of life. For political managers a habit, “a manner of existence” in its possible awkwardness and weakness – is just a resource, material for processing, endless conversion into useful things. The same story with cultural managers. The first ones will find a way to make “harassment of Russians” an excuse for their actions in another country, the second ones – “demands of a broad audience” in its own country. As a result, both groups under wardship will be crushed.

On difference between revolutions

The Maidan revolution of 2013-2014 in many ways was about not repeating mistakes made in 2004. About not trusting professional leaders blindly, not letting changes of the system mean nothing but simple rotation of elite, creating schemes of local self-government. But the war turns everything back to hierarchy, to the vertical of power. Before the violence began, the Maidan could have been inwardly polemical. But after that it turned into a number of “postponed questions” that are waiting to be answered.

The Maidan as a school or a cult of the Maidan – there will be one or the other. The analysis of experience or its sacralization and using it for strengthening political power. There was a tradition in the USSR: the cult of the revolution was used for making the ruling regime unshakable, for making a new revolution impossible. A revolution stops being a school and becomes an altar of sacrifice in the beginning of its “construction”. Immure a young man in the wall and the stronghold will remain standing. The opposite attitude is a revolt as a particular case of common experience, as an example that will be absorbed by many different people in many different ways. It’s constant practical work, with no blissful end station or rest. And you need to change the standpoint from which you observe this example, to be flexible towards it. This is what the idea of “the critical museum” is all about.

To my mind, this is one of the key images: impoverished post-Soviet museum that is willing to change its narrative, but doesn’t have money for a new exposition. So the museum workers insert small black-and-white prints of evidences of Organized Famine in the bravura exposition dedicated to the progress of collectivization, but don’t change general decoration. This gesture is an example of how it should be done. The goal is to make a museum debate with itself, turn it into a dialectical machine and make the viewer’s spot move.

The works I created in recent years are small “critical museums” of different stories. In the project “Before Execution” I work with the legacy of Nikolay Grokh – the first artist who came to Cambodia after 1976-1979 genocide; the exhibition “Everybody Wants to Live by the Sea” is the story of recreational international idyll of Soviet Crimea and its reverse side – deportation and return of the Crimean Tatars, the story of triggering aggression against them after annexation; the story of vegetable garden on the Maidan – in the exhibition ‘The Limits of Responsibility”. My hall at the “Fear and Hope” group exhibition is the museum of museums, the story of ways of telling a story. I would define my work as extending a historical museum with the means of contemporary art.

Currently I am learning the language of “war museums” – Soviet, post-Soviet, European, different. But for me learning to speak this language is not enough – I need to start speaking about it.

“The Assembly of Cultural Figures” is one of the rare conscious joint actions over recent years. But I’m only talking about exterior form, not the content. This is about potential of the method, not about particular case of its usage. On the other hand, choosing between being a part of the “community” that puts pressure upon the Ministry of Culture and other governmental structures, and individual work in the studio, I preferred studio. My choice was affected by tiredness, crisis of faith, as well as senile irritability, when you are tired of explaining things to fools. After all, the possibility of general democratic participation gives you the right of nonparticipation.

But it seems that I will have – with the help of the Assembly or in another way – to return to the fight for institutions, more precisely, to help make current semblance of institutions different, actually make them become real institutions.

On the market and the scene

There is a striking local phenomenon: people related to the art process absolutely equate it with the market. They write about “the art market”, but you know from the context that they mean the art scene in general. While there is no art market in Ukraine – more precisely, there is an applied arts market, a home décor market, parasitized by contemporary art. But there is no scene, as well as there are no components of the scene: no institutions and no language to connect the art community. Instead of institutions we’ve got “euro-standard” renovation, decoration, plain site huts with no foundation. “Mystetskyi Arsenal” is an obvious example, but it’s not the only one. There is no language of professional art commentation – it was destroyed by the constant terms misleading. There is no objective rating – why use it, when manipulation of popular stereotypes works so well?

Where is the salvation? On the one hand, it’s sectarianism. To set the bar high at least for the tiny sieged territory. To cultivate there a type of communication that considers populism disgraceful. Examples: “Alliance 22” at the Bulgakov Museum, the artists of the “Detenpyla” gallery in Lviv and Uzhgorod. They have their own range of problems, their own language. On the other hand – the International, connections above borders. Who said that you must be a hostage of the regional situation and find interlocutors within it? Be the part of the network, walk below or above the lines tracing social surface.

But those who found the way to settle down on the top of the local hierarchy may not want to change the situation, to test it with the International. Even those on the lower floors sometimes don’t understand another way of living and aren’t able to think differently, like foreigners do. A longstanding, pointless war of a significant part of Ukrainian art community against “European headquarters”, “network projects”, “western grants” and “fancy leftist discourse” is a strong evidence of the state of minds. All this should be put in the showcase and made an example for future generations. But in the process of this silly war the conspiracy “headquarters-grants-leftist-fancy” scarecrow replaced real artists – i.e. us. And artworks were withdrawn from the zone of consideration as something that complicates the simple and triumphal picture of burning down the scarecrow. Artists with invisible works – that’s what we got as a result. Ukrainian commentators, used to this model, are doomed to bad shots, and that’s exactly what has been happening for years.

In general, I must confess, I am very attached to the idea of the local art scene, to such scenes’ mythology. That’s why the fact that I didn’t get a real scene makes me want to find such a scene under layers of simulation, or create it. It’s my variation of a slight messianic delirium.

There’s a repeating story about Ukrainian officials who give contemporary art in good hands, push it out to the private property zone, as it was at the Ukrainian exhibitions in Venice in 2007 and 2009. The latest series is about the Ministry of Culture’s promise to support the project, but as a result, simply “giving” guest curators to the private institution, with no financing or contract. What should we do? Finally build public institutions – from the foundation, even from the foundation pit. And we shouldn’t pretend that private initiative’s mission is to secure and replace the government’s one. Private initiative exists independently. Regarding my own actions towards clearing this situation, for the time being I can only say that they won’t be directed to dialog. I don’t believe in the potential of common “dialogue” and “discussion” at this point of my life.

There’s also a story of Kyiv Biennale guest curators, who were surprised to find out that there is no institution where they expected it to be. That they found themselves in the middle of nowhere, that visibility is very low, that they have nothing to lean upon. Their will to continue the project is their refusal to depreciate own work. The fact that they called the project “Biennale” means that they took responsibility to continue it. For the moment it’s hard to tell if this is serious. But it’s they who committed to this intention.

Over the past 10 years we (the R.E.P. group) learned to strictly separate individual and group art. One life that conceives another, and later, probably, it conceives another one. Ability “to think with somebody else’s head”, evolution by constant disintegration of yourself. Team work is a story of a whole life, in a way it’s a family with its fights and other things. I can’t say that over the years we got used to each other. At least our work is still not conflict-free. Rather, we cultivated some sort of a conscious slowness. And we developed ability to directly reflect the demands of the epoch, as well as work in the “antiphase”, when the situation presses you for something, but you do the exact opposite thing – and, as a result, you hit the art point. When our group just emerged, we reacted at lots of stimuli, created enormous amount of works, gestures. But only serial projects, projects-archives that last through years – this is what captures the epoch. Not separate things, but systems of things.

The “On the Method” exhibition that we staged past year in Lublin – now it’s going to be displayed in Tbilisi and Batumi – is something after what you have nothing more to prove. It’s an entire archive that doesn’t promise you any future, but, at the same time, it doesn’t deny its possibility. We put a landmark, and it can’t be moved.

All “contemporary art” is protected with a very thin shell. A catastrophe should just knock on the door – may I come in? – and will destroy it. The lack of protection and guarantees should be taken as a fact – in this case they will turn into relaxedness and cheerfulness.