30 Jun Alina Yakubenko: “Art is usually an autoerotic practice, so it can’t be aggressive” 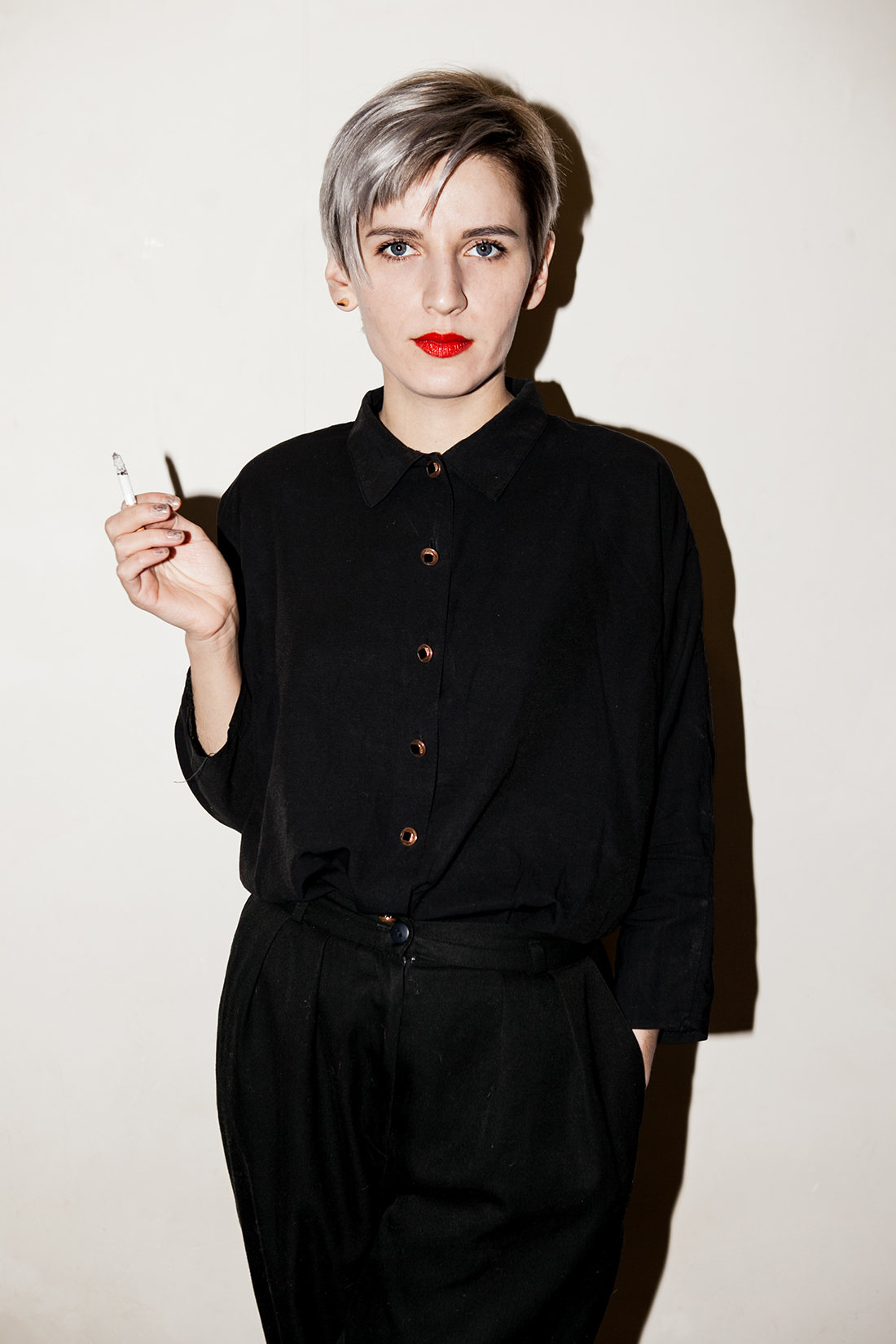 An animal and women’s rights activist, a defender of historical memory, as well as an artist and creator of new media, Alina Yakubenko revealed to us a lot of deep and personal information. So read carefully.

The most topical project that you took part in was an attempt to save Soviet heritage in art. After approval of the decommunization laws many artworks are under threat of destruction. But why are you, a representative of another generation, so worried about it?

First of all, the approved package of bills “to condemn Communist and Nazi totalitarian regimes in Ukraine to prohibit their propaganda” concerns the present even more than the past. These bills violate some of the human rights, including freedom of artistic expression; there are no clear definitions of main terms – “a symbol”, “propaganda”, “public area”. I.e. according to current legislation, any practice – artistic or scientific – that explores or works with the Soviet heritage may be considered propaganda and lead to a maximum penalty of five years in prison…

I don’t stand up for [monuments] preservation. And it’s not even methods used by the authorities that confuse me – it’s rather their motivation. The Soviet heritage was called worthless and depreciated in a moment. And the point is neither that architectural monuments may lose their status, nor that a Kavaleridze sculpture may be dismantled. The problem is the way we treat our historical heritage, whatever it is. It’s our responsibility towards it and its acceptance in the first place, and then – its preservation. Of course, preservation of monuments doesn’t necessarily mean preservation of memory (I’m quoting Boris Chukhovich). Collective memory doesn’t build only on vivid examples. At the same time, the process of “cleansing” the history influences our future memories. Roughly speaking, now authorities decide for us what history is more “fair” and “acceptable”.

In one of the interviews you said that you dreamt of working as a production designer. What genre or style of film would it be?

I graduated with a major in scenography, so at that time I dreamt of joining indie projects, since I had already worked in commercial ones before. Now I alone shoot and edit videos. Of course, it’s not a feature film, but who knows? Later I would like to shoot a low-budged film based on my own script. Though, it’s too early to discuss its genre or style.

In your opinion, what can be better for elucidation of key social problems than daring moves, reverse aggression and actionism?

Each specific case and particular goals tell you what methods and tools to use. To me, good art, as everything new, is always aggressive, but it’s the aggression of repulsion, inner aggression of a viewer or a witness. I think that art is usually an autoerotic practice, so it just can’t be aggressive outwards. Only a recipient is capable of making art aggressive.

You are an active member of the Kyiv art community. What artists do you find interesting and important?

I don’t want to give names. I like a lot of male and female artists, and not only Kyiv-based. Moreover, I prefer watching the Kyiv music community rather than the art one. Sometimes I even think that I am more of a listener than anyone else.

If you had a chance to establish e.g. a foundation in your own name, what would it do?

I guess it wouldn’t be concerned with art. Perhaps this foundation would take care of ecological problems, even though it’s out of fashion. Maybe, it would tackle the problem of stray dogs or even homeless people. I’d open a shelter – actually, my parents already run a mini-shelter, but without support from any foundation. I’d probably buy a mansion and breed wolves there… I doubt that I will ever have such a chance, although I own a solid collection of contemporary art, so my grandchildren may one day become billionaires… If by that time there is still art and the problem of homeless – if art and homeless can exist separately. That’s a good point, I should definitely put it in my will! I’d like to take this opportunity to find a new home for my kittens. Their mother is a black 8-month-old cat – she’s a half-breed Scottish Fold.

You often participate in the group exhibitions. Please tell us what makes a joint artistic expression interesting for you? Doesn’t it contradict your artistic state of mind?

A joint expression is louder, because it claims to be more objective, although its objectivity is an illusion. I think that in joint artistic practice the process itself is more important than the result. Basically, there may be no result at all.

Joint practices are also an attempt to build a new microsociety with people that are not your relatives, and your relations with them are not regulated by tradition (if it’s even possible). So you don’t only create something together, but also live next to each other for a while. You find new ways of communication, of sharing duties and responsibilities. It’s an intellectual work where every voice should be heard, even if it’s against you.

I often collaborate with different artists, since I like creating something together. Maybe it just makes me feel more confident about my skills and helps me overcome loneliness…

However, partners in work should be equally interested and motivated. Sometimes you are bound to collaborate with others, i.e. when you need an actor or a cameraman to shoot a video. It’s really hard, and you begin to respect a director who is capable of making others interested in what they were not initially interested for the sake of some abstract goals.

Let’s talk about sexism. It may seem that art community is the most open-minded and provides equal rights for everyone. Nevertheless, the men constitute majority of the world’s talents, and Marina Abramović is practically the only well-known female artist. What do you think, why the situation doesn’t change?

I think it does change, but very slowly. A lot of female artists in Ukraine exhibit and sell works as often as their male colleagues. I’d say that the majority of artists who I find interesting and worth watching are women. The thing is, in Ukraine art schools are stereotypically perceived as girls’ colleges with a much higher percentage of female students. A male friend of mine, who is an artist, told me that he had kept his future profession in secret from the guys in the neighbourhood, because if they had known it, they would have beaten him. We have traditional male and female professions. Every single toy store is a living proof to the fact that our society still brings up princesses and soldiers. Even the most progressive parents can hardly keep their children from learning gender stereotypes. Of course, it all influences the choice of profession.

What are your plans for 2016 as an artist and as a human being?

I never make long-term plans. Moreover, the crisis is not over, so no one knows what’s going to happen tomorrow. But I would like to put on a small personal exhibition, shoot a couple of videos and learn DJing and VJing. As a human being, I have plans to read many books, attend many parties, do some sports and find a new home for my kittens. 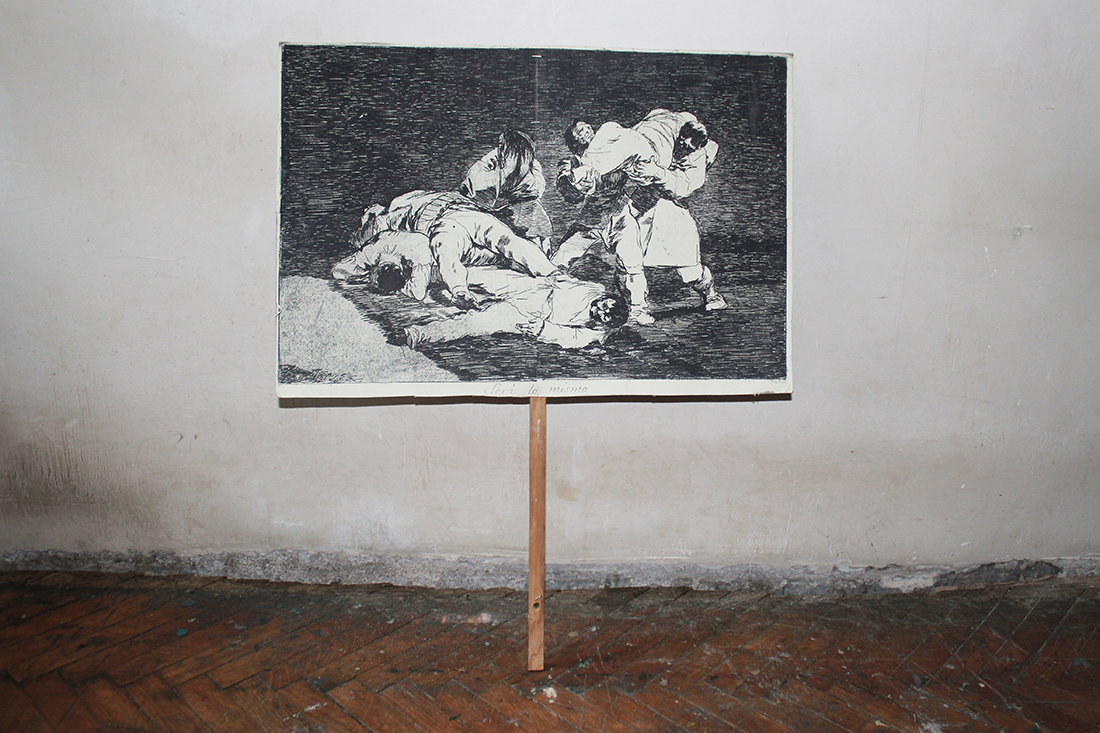 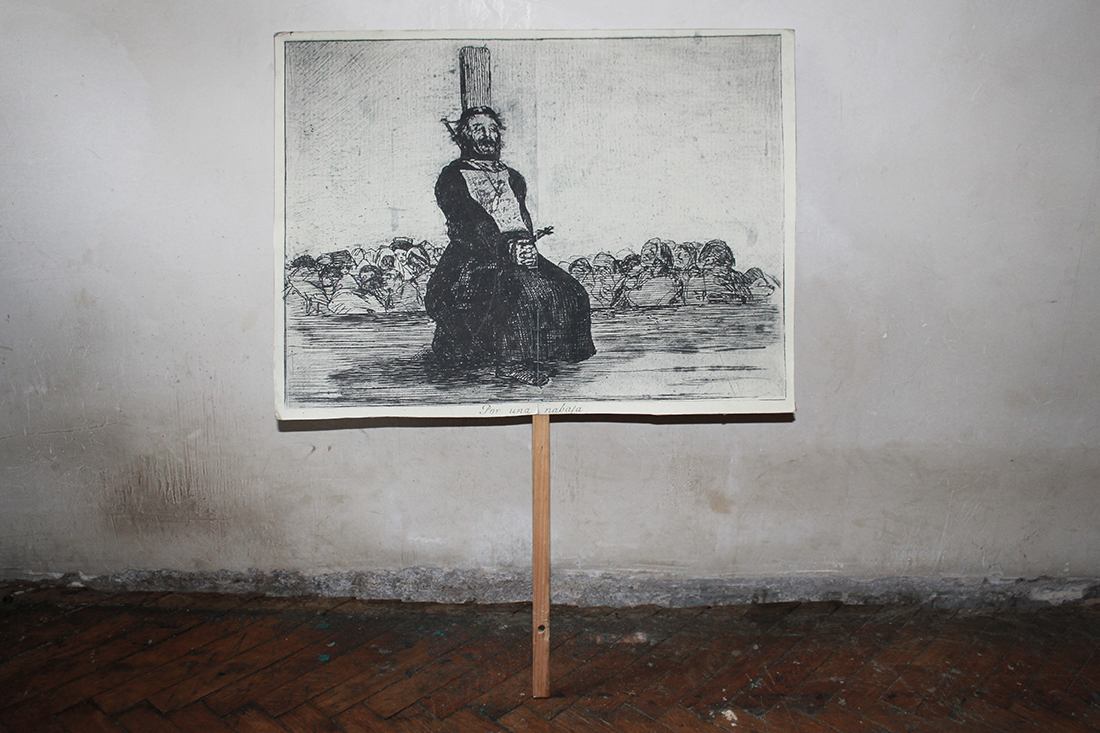 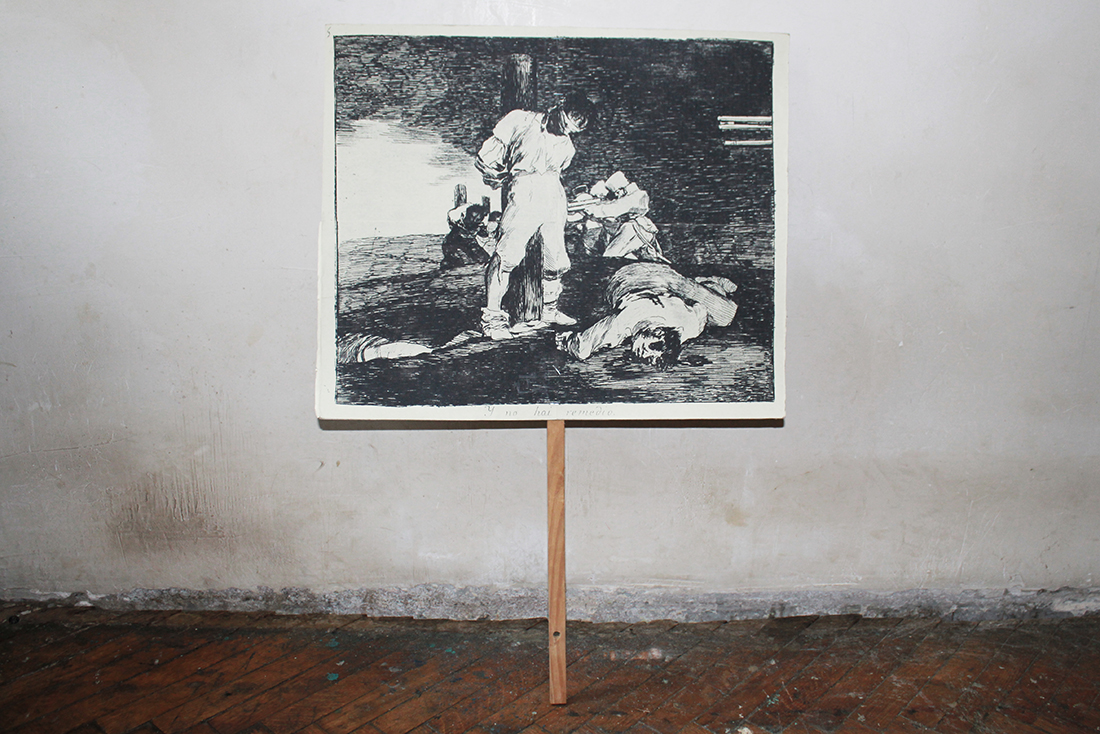 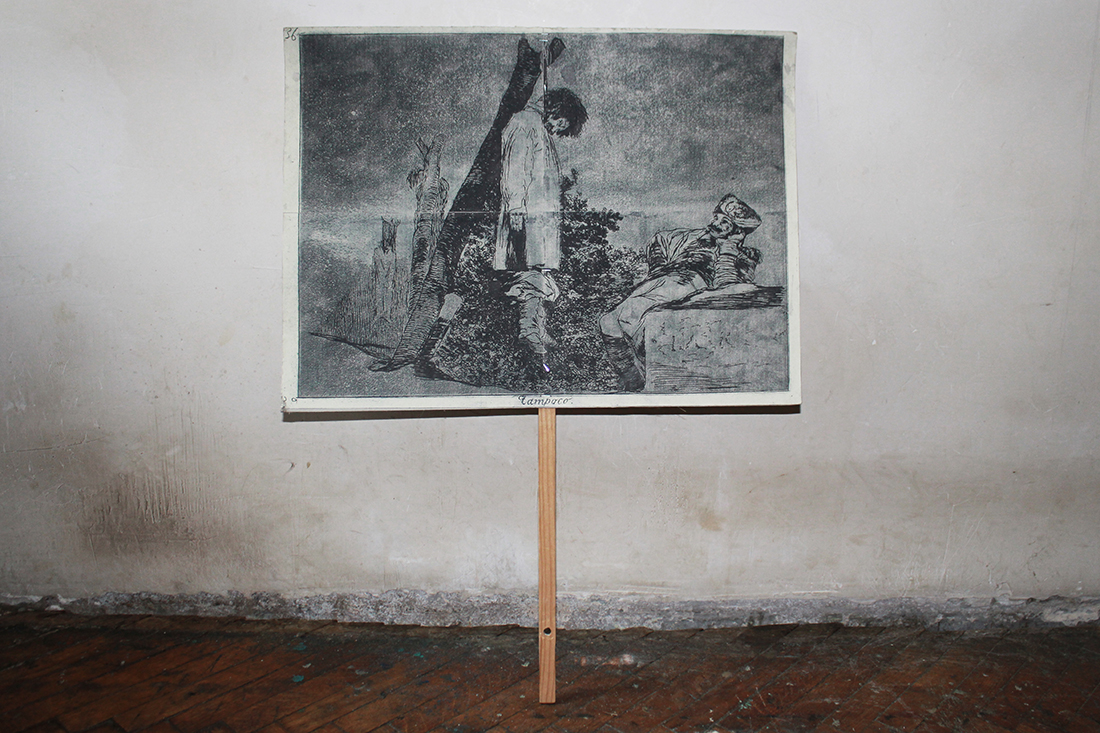 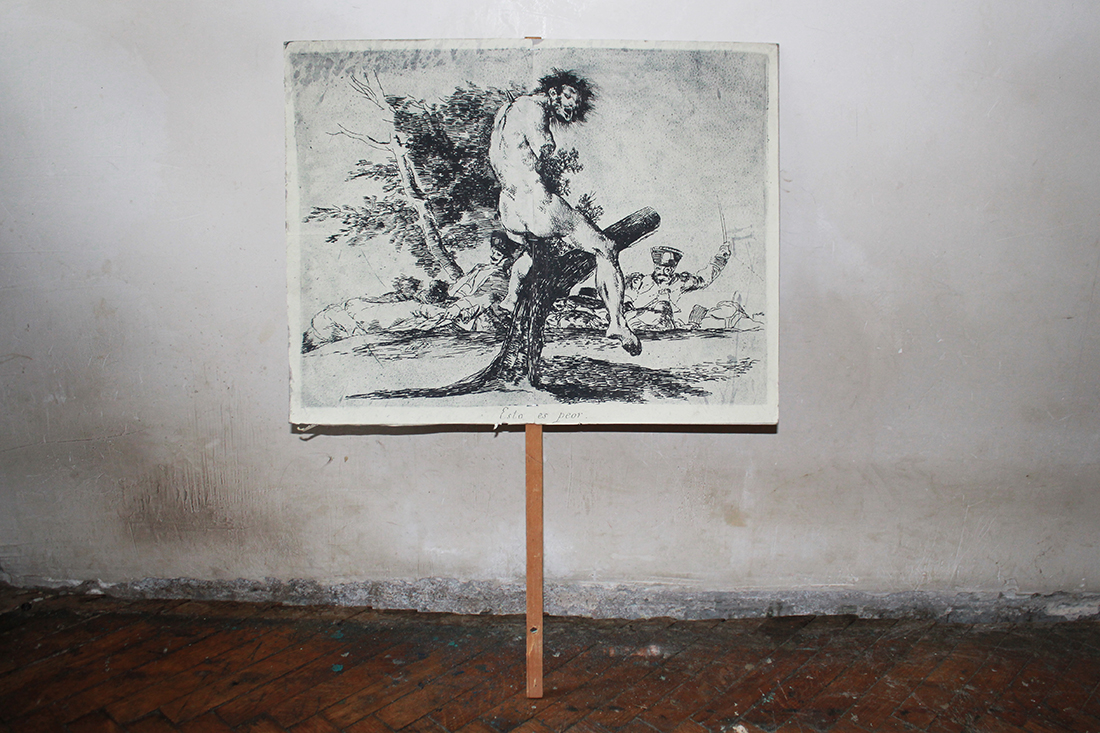 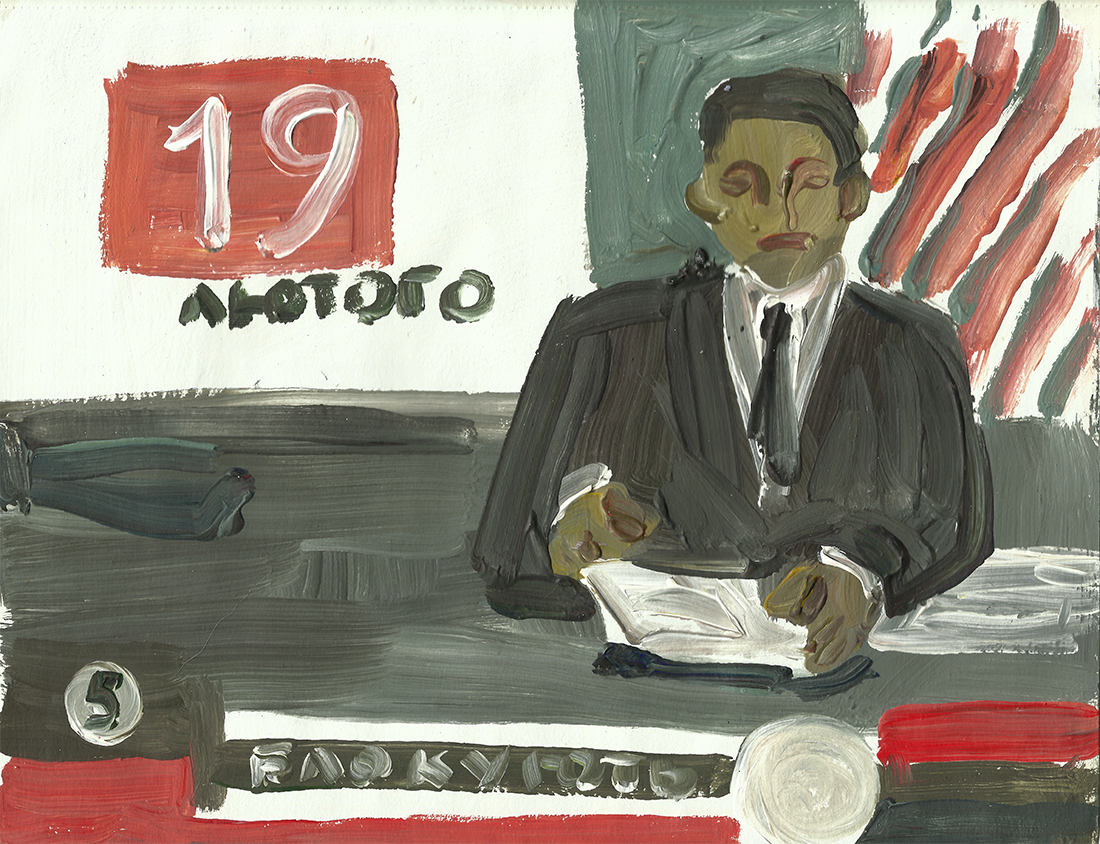 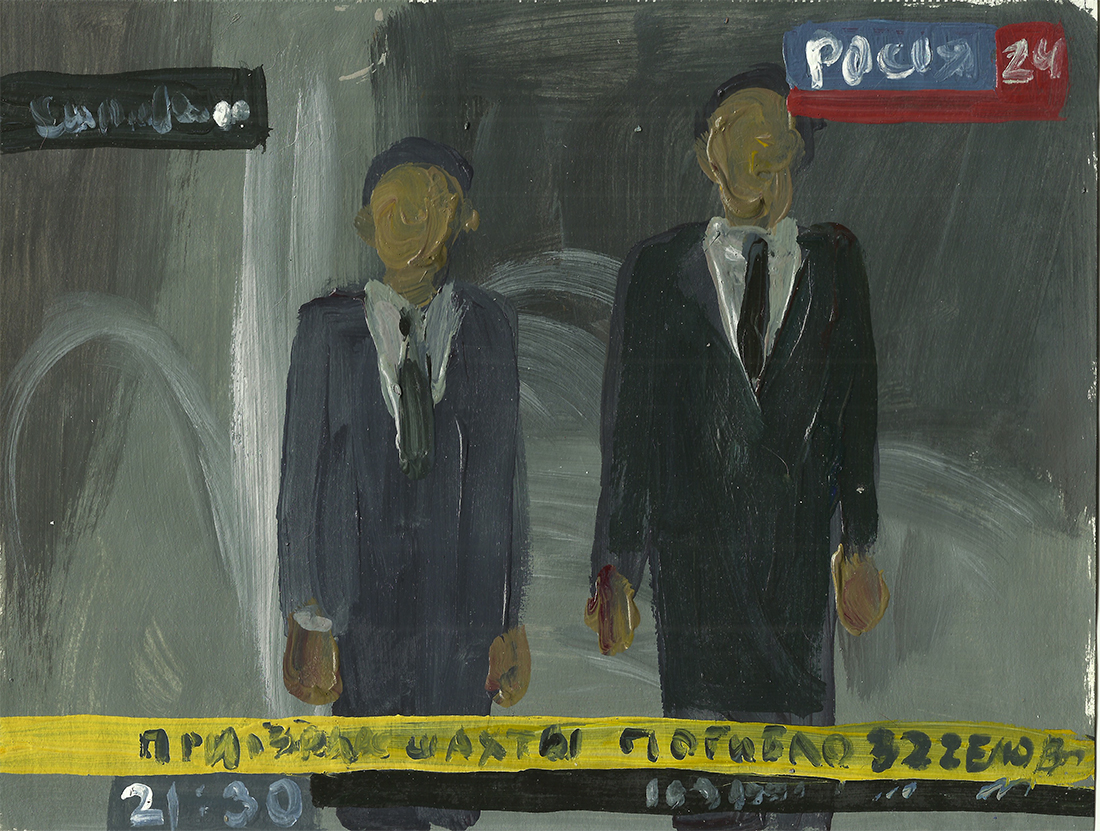 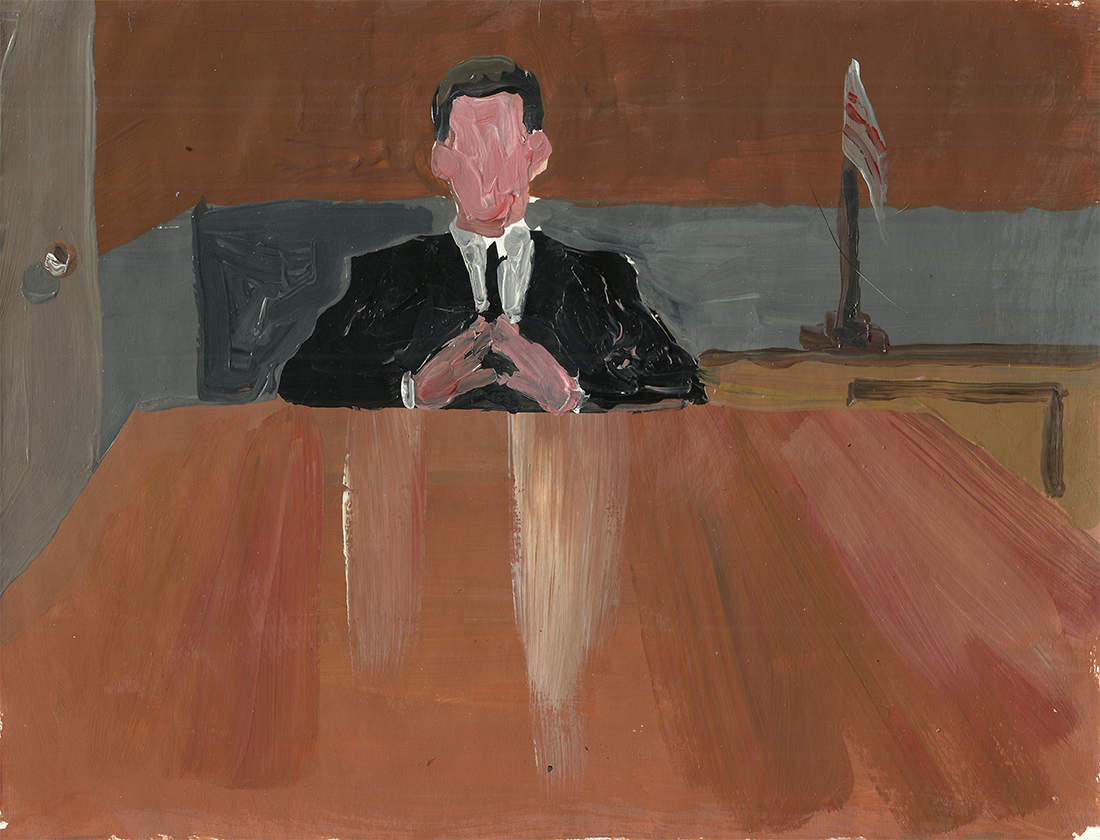 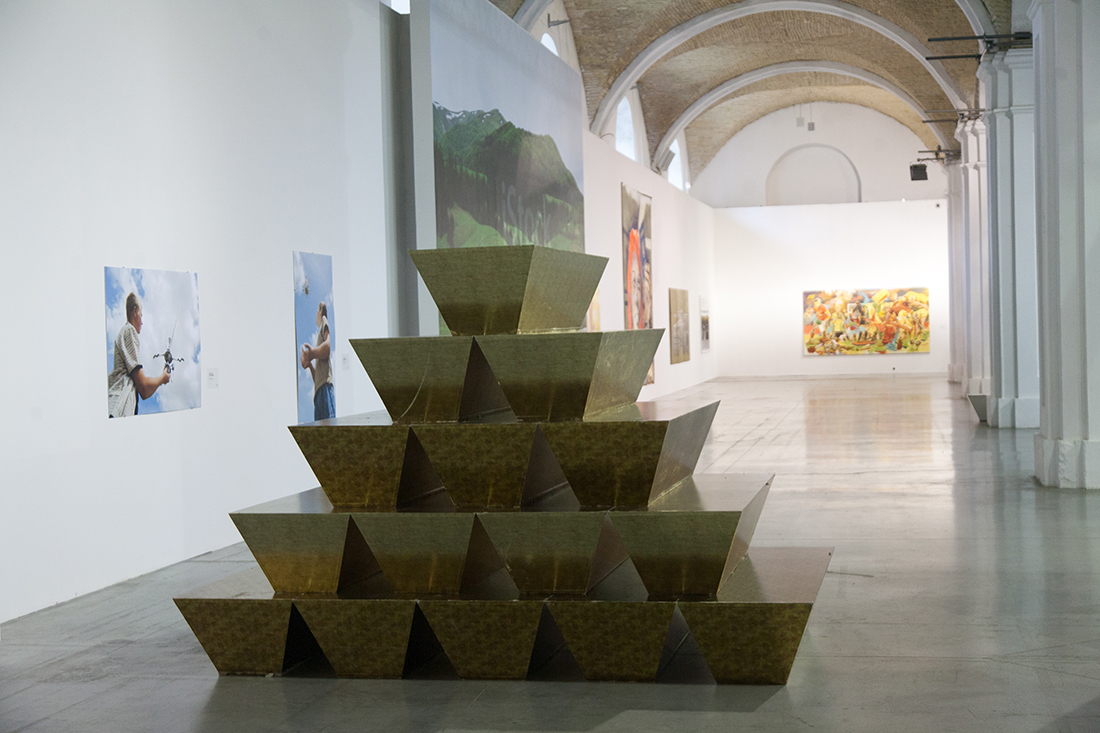