19 Nov Anatoly Belov: “Society, authorities – there is nothing that shouldn’t be criticized if there is a subject for criticism” 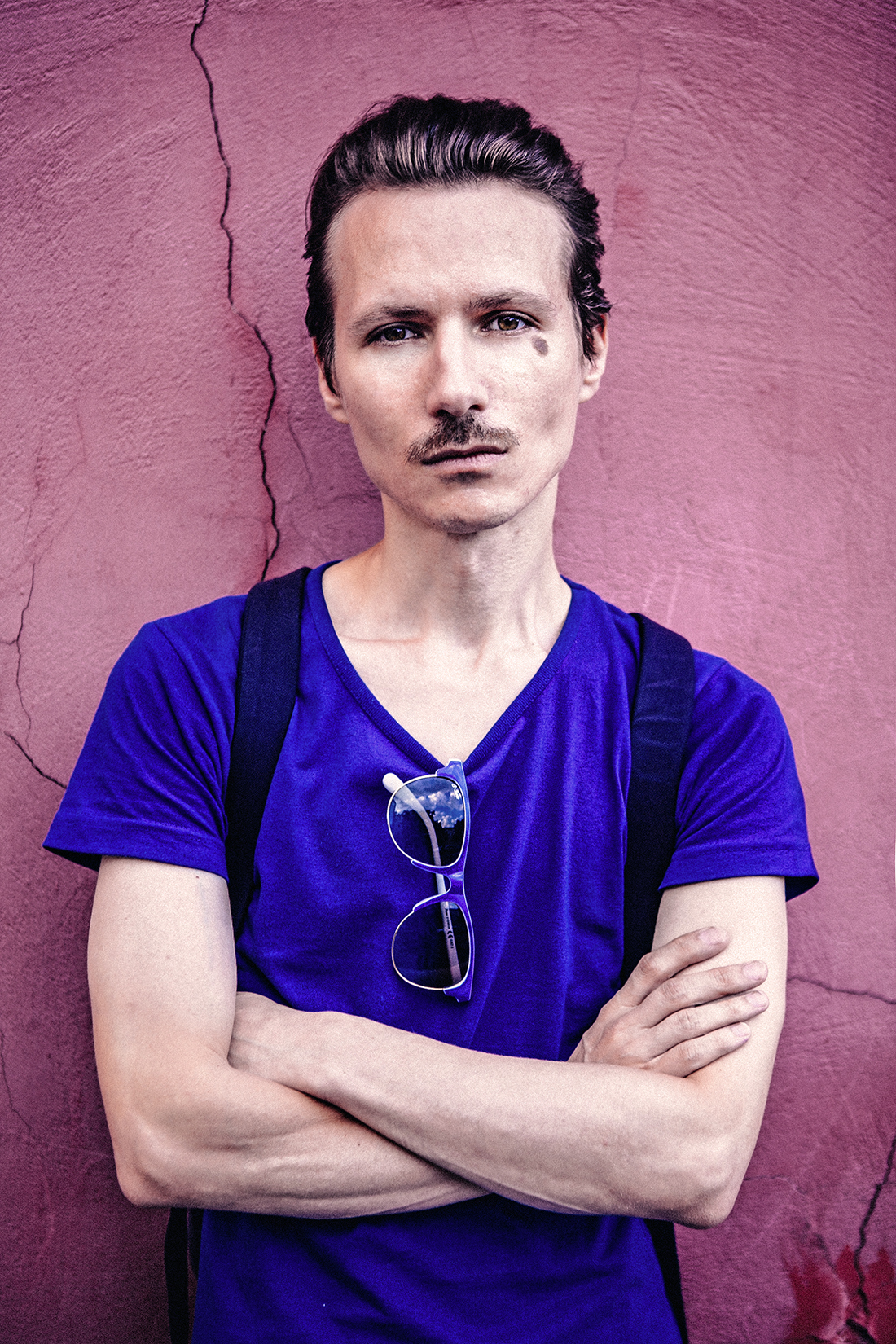 In your opinion, what is the difference between “an artist that makes music” and “a musician that does art”?

The difference is in your attitude to what you do and the way you do it. You can be on the both sides at the same time – to be a musician-artist or an artist-musician, if you split these fields. I define my practice as artistic work in the music medium.

Do you manage to avoid subject of war in such a difficult, ambiguous time?

I don’t avoid the subject of war, I just don’t talk about it straightforwardly. Among other subjects, I will bring it up in my new work “Feast of Life”: I will present my own thoughts on life&death around us.

Some people come to this world to bring light and progress, others – to bring protest and denial… And what’s your mission in this world?

Your works – both in visual art and music – are often called provocative. What do you think, is provocation a theme for our society that already sleeps on a volcano of criticism, misunderstanding and other illnesses?

It’s not my intention to do something provocative or provoking on purpose. The questions I raise in my works are my own political and artistic gesture that I simply must make. Society, authorities – there is nothing that shouldn’t be criticized if there is a subject for criticism – and there is always a subject for criticism. It’s a very healthy situation – to question and to bring contradictions to light. Another matter is the way you do it, because it’s a separate artistic task. My strategy is to make my queer statements available, “readable” for public, as this form is easier to understand and, accordingly, it’s more provocative by its nature.

Speaking of self-identification, do you identify yourself separately as a person and as an artist? Have these two sides of your personality ever come into conflict?

No, I don’t divide myself into ”an artist” and “a person”, since for me being an artist is not a job, not a profession, and, of course, not a traditional artistic practice. Now I almost stopped painting, but it doesn’t mean that I stopped being an artist. I just use other interesting media to create my art.

What are your biggest fears taken separately as an artist, as a musician and as a person?

I am afraid of becoming smug and spoiled, of stopping to introspect and move forward, and this is true for all sides of my personality.

Imagine you have everything to put on an action-concert-exhibition of your life. Can you please describe it to us? Where would it take place? What would it look like?

If I become spoiled rotten and lose my mind, I will put on exhibitions of my life. But I hope it’s not going to happen. “Exhibition of my life” – it’s not my style of thinking, because it means only the end of life.

Last year you planned to create a musical. Did you manage to complete this project? What is your next thing?

For the time being the musical is postponed because of its difficulty. I devoted myself to making another musical feature – “Feast of Life”. We shot it together with Oksana Kazmina. The draft version of the film was premiered in August. And one more film – about psychedelic vampires, inspired by actual events at a LSD-party – was screened at the Kyiv Biennale. As to my previous work “Sex, Medical, Rock-n-Roll”, one of its episodes was screened at various queer film festivals in England, France, Romania, Portugal, Ukraine, Belarus, Russia. In addition, it was a part of different art exhibitions. For example, at Kerner Park Gallery in Berlin. This work provokes a lot of interest, so I hope that after a while I will be able to continue it.