05 Jul Katerina Yermolaeva: “It’s really difficult for me to reach a compromise with myself” 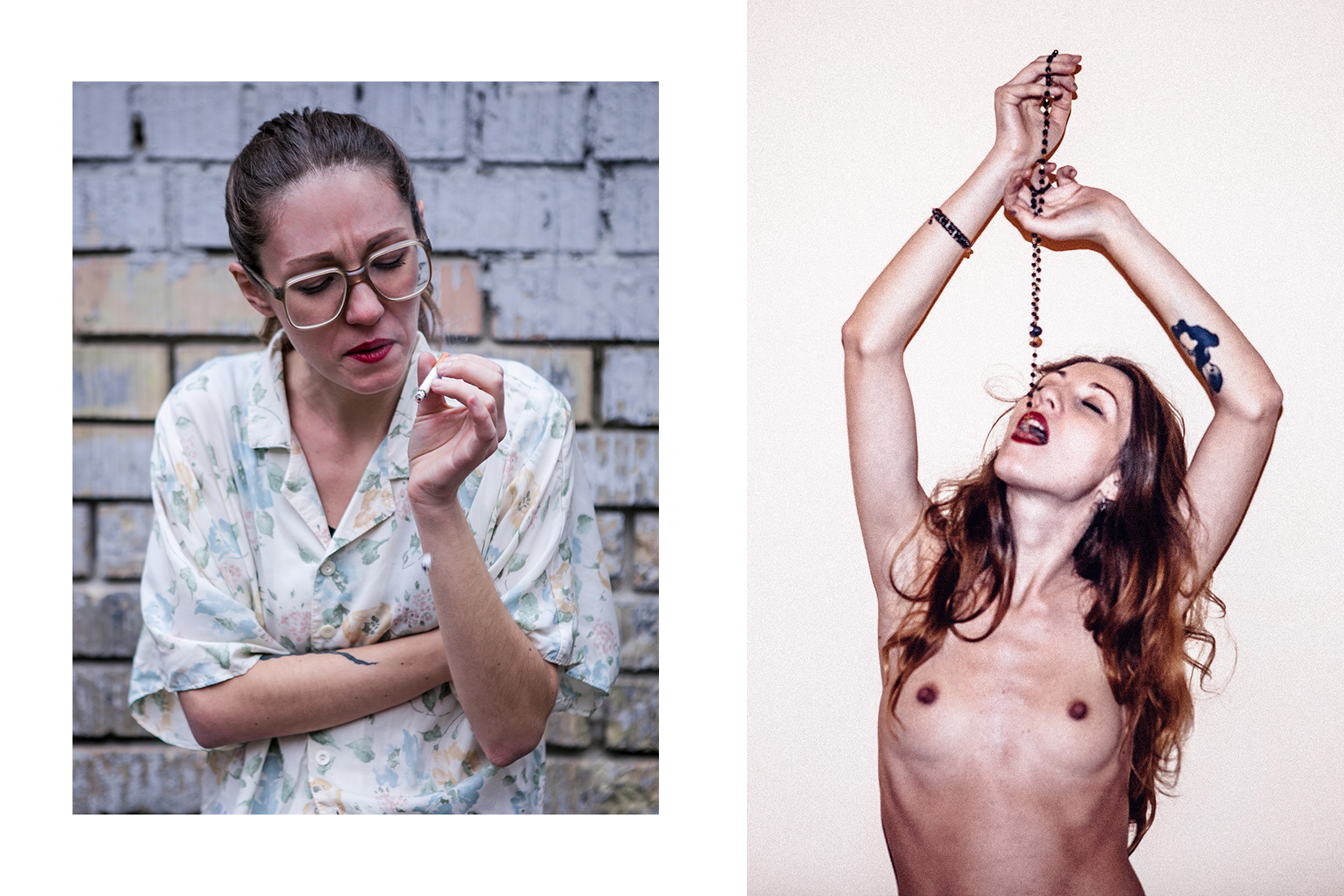 We spoke to Katerina Yermolaeva – a sophisticated person, ultimately concentrated on own inner world – on art’s capability of changing the world, even as cruel as ours.

Katya, your work created within PinchukArtCentre Prize got plenty of positive reviews. The audience had tender emotions, wanted to make selfie on an offbeat background, as well as tried to gain insight. But people definitely didn’t want to leave the exhibition room. In your opinion, what was so attracting about it? Was it sincerity, relevance, sympathy?

I don’t know for sure what exactly attracted most of the audience. However, my pals have told me that they had taken their time because of familiar details that surrounded many of us in childhood. Standard furniture, interior decoration objects – all those things that were thrown away or moved to flea markets with the beginning of the “European-quality repair” boom. Maybe some people were affected by the technique itself that refers to old photographs, to the things that have been lost long time ago. Instead of placing the objects at a horizontal plane, I put them all over the room – and this drags you into the past, just like some memories that come alive and dissolve right away. I guess all this could cause nostalgia for something private that all of us used to have, but lost at one point.

So did the famous “Donetsk temper” with its pushiness and ability to adapt the situation for your own good help you in your life Kyiv? Was feeling like an alien in another city assisting or impeding for you?

Pushiness hasn’t ever been my thing. I can’t fight my way in life or advertise my works, and, to be open, I’ve had big problems with communication at the beginning. When I was still living in Donetsk and “Izolyatsia” platform was opened, I met some guys that had come with this platform to the city. Thanks to them I was motivated to make my very first project. Besides, thanks to these people who quickly became my friends, I came to Kyiv already involved into local art community.

I must confess, the sense of my “Donbas origin” didn’t let me go for quite a while. When I was living in Donetsk I got a particular complex that I would have to overcome. Of course, sometimes it was like an obstacle for me. I just felt this stigma. But at the same time, the sense of own “difference” gave me something to think about and to analyze the situation.

Starting from 2014 the art community, especially officials and other people from their circle, have been discussing decentralization of culture, i.e. that something has to be done in the provinces as well. What’s your opinion on this initiative? Is its implementation possible?

I think that this initiative is at least 10 years late for the East region of the country. However, of course, culture and art should be developed there, but not according to the example of the capital, but taking into account local context. There has been a unique situation for a long time. Besides, the warfare has resulted into making people’s outlook very different. I guess that they shouldn’t work against local traditions. We need adequate institutions, that would root in the region and would take into consideration its history and people’s needs – all in all, would work subtly.

Street art in Kyiv has been having a hard time: it becomes too obtrusive, especially in its willingness to take over the historic center of the city. What do you think of this situation? Has it crossed your mind to create something, for example, in Darnytsia or Osokorky neighborhoods? In this case, what problems would Mikhalych raise?

I thought about what I would do if I were offered to create a mural, and I know for sure that I wouldn’t agree to do it. There’s a certain customer, and he’s the boss, since he has all the needed resources. But no one discusses this with the community, with people who have been passing these buildings their whole life and will have to face the “makeover” every day. I didn’t grow up in Kyiv and couldn’t fall in love with the city’s streets and houses since my early childhood. So I simply have no right to do here something like that. I even felt guilty for those projects that I had already created, as I didn’t know the places very well but still put there my artworks. Luckily, they could be easily removed or painted over. Now, when I have been living in Kyiv for almost five years, I became more sensitive about the city’s public area and probably wouldn’t create there anything thoughtlessly.

You often use contrast in your works: the contrast of colors, technique, materials, text and drawing. Why is this method so important to you? Isn’t it way too “straightforward”?

In my work I primarily think about the subject and about the format that would be easy for the audience to understand correctly. Every time I add something new for myself, something that will be interesting for me to work with without abandoning my main method. Though, I must confess, lately I’ve wanted to try something brand new.

2015 was a standout year for Ukrainian artists who put on several large exhibitions abroad. What do you think: is it something to be proud of? Or do you agree with the skeptical ones who claim that all these events are made for a narrow audience only and don’t have the desired publicity?

I don’t know what publicity those skeptics desire, but I don’t think that some pompous PR would dramatically change the way Europeans (and especially other people from the Western world) feel about Ukrainian contemporary art. Our culture is not an outstanding phenomenon that the rest of the world just has to know about. Of course, ever since “The New Wave” movement, a unique environment has been created here, and our goal is rather to properly represent Ukrainian art at the world’s main art events and exhibitions. Actually, that’s already happening. If something very special, completely different from the world’s context is created here, it will be noticed, just like the Moscow Conceptualism was noticed.

Artists are often asked about conceptual things. But speaking of real life: what inspires you, gives you strength to move forward?

Now it’s a tough question for me. Frankly, more and more often my parents are my motive power. I often feel apathetic and helpless in front of the circumstances, I lose my motivation to move on, to do something. But at the same time I understand that since the war broke out and their world collapsed, I became their only reason for joy, so I feel somewhat committed to them, and this makes me push myself. I feel very strong when I find something I want to work with in a new project, and everything falls into place. But it’s very difficult for me, as I am never satisfied with anything. It’s really hard for me to reach a compromise with myself.

In one of the interviews you said that “you don’t hope to change the world”. Does the world change you? And do you find it possible for yourself to believe one day in the high mission of art and the power of beauty?

The world does change a person, and with the recent events one can feel these changes more and more vividly. I don’t deny that art has some high mission, maybe even more than one. The only problem is if it’s possible to implement and with what methods. So it’s hard to change a situation dramatically on the spot, but even attracting attention to it takes lots of effort – and that’s what art is capable of. And as to beauty, I’m not so sure – it has always been a difficult issue for me. Suppose there’s a military conflict. No matter how many “beauty” you give to the warring parties, the economical and political interests of those who benefit from the conflict won’t be affected. But if you try and show a third party the ordeals of the civilian population, this may result into drawing attention to the problem of refugees – and it’s the simplest example. If there’s a problem, it must be revealed, its reality must be displayed, and, if possible, others must be persuaded to do something about it. Maybe many people will think that it’s not one of art’s objectives, but if it’s capable of making a difference in society, why not take advantage of it? 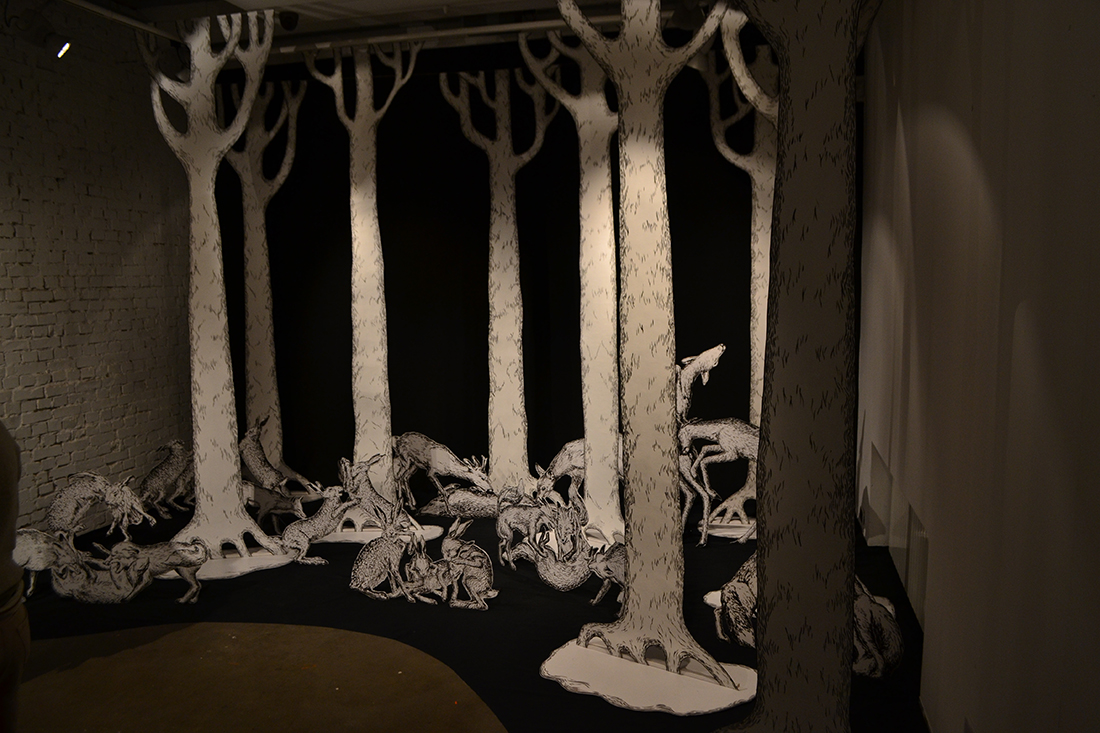 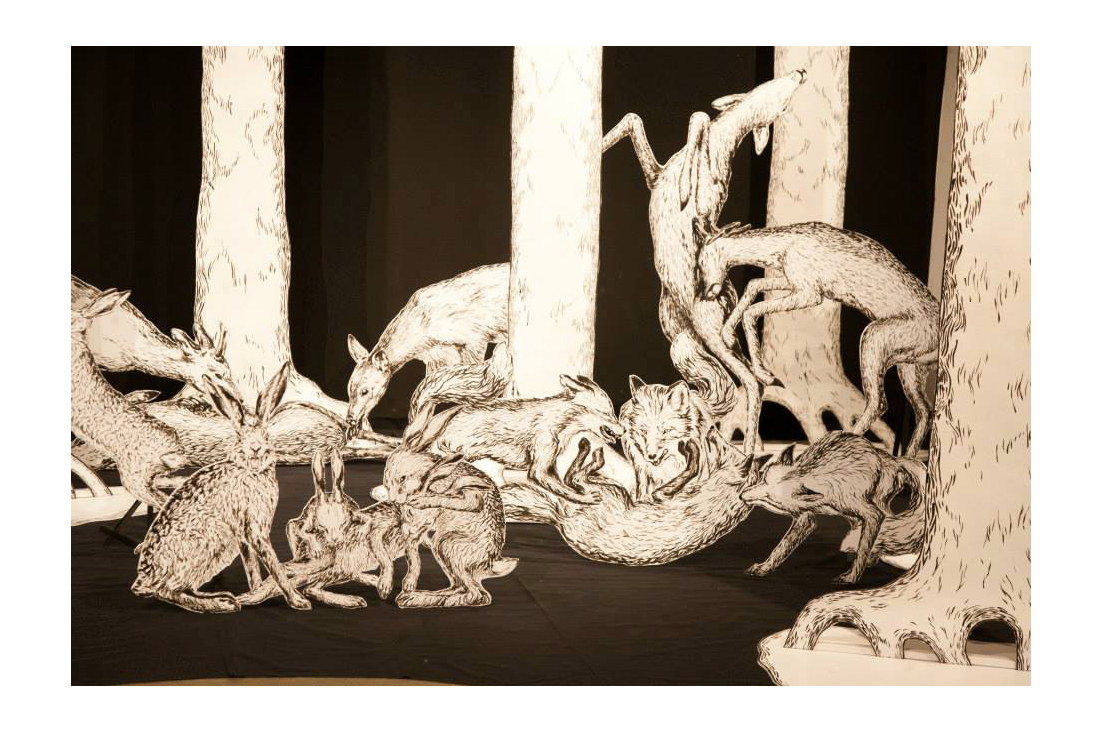 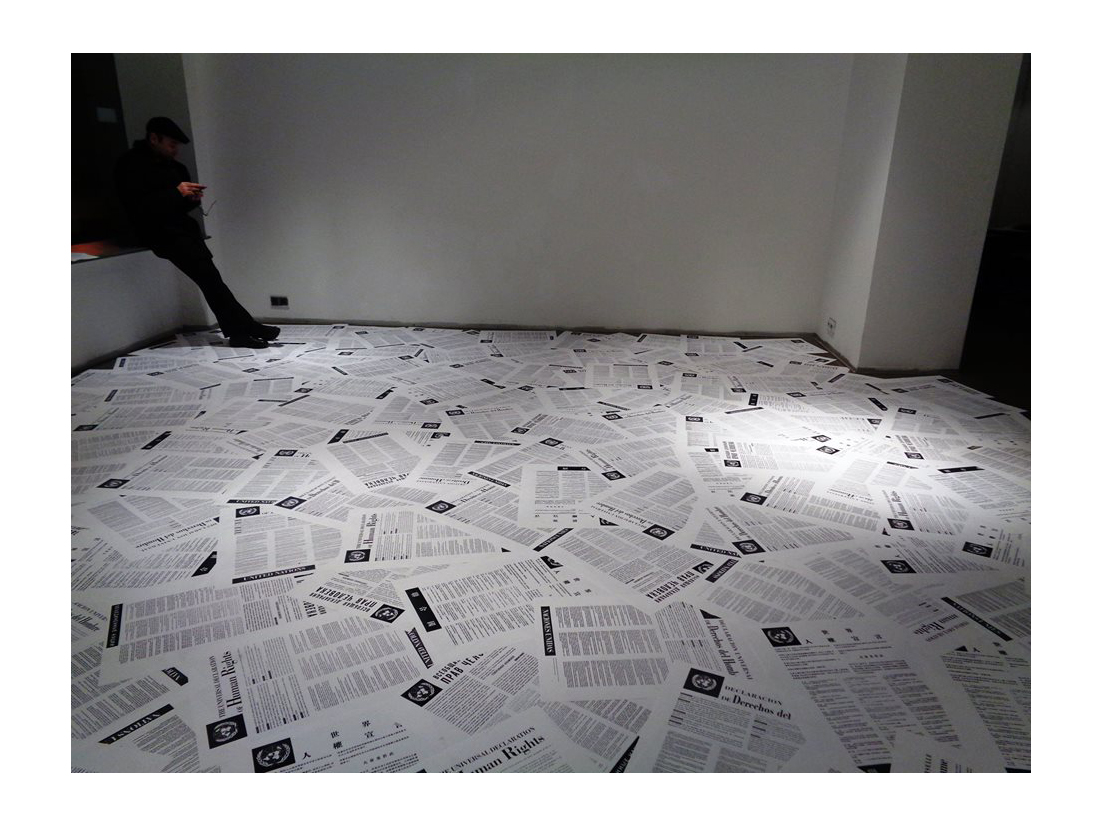 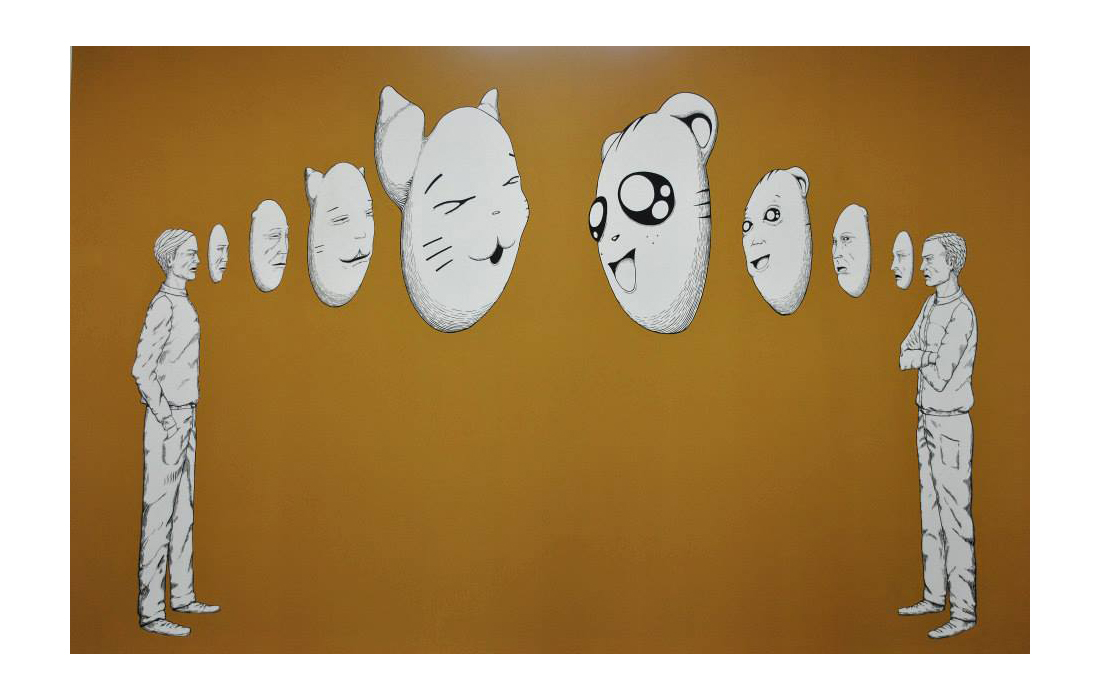 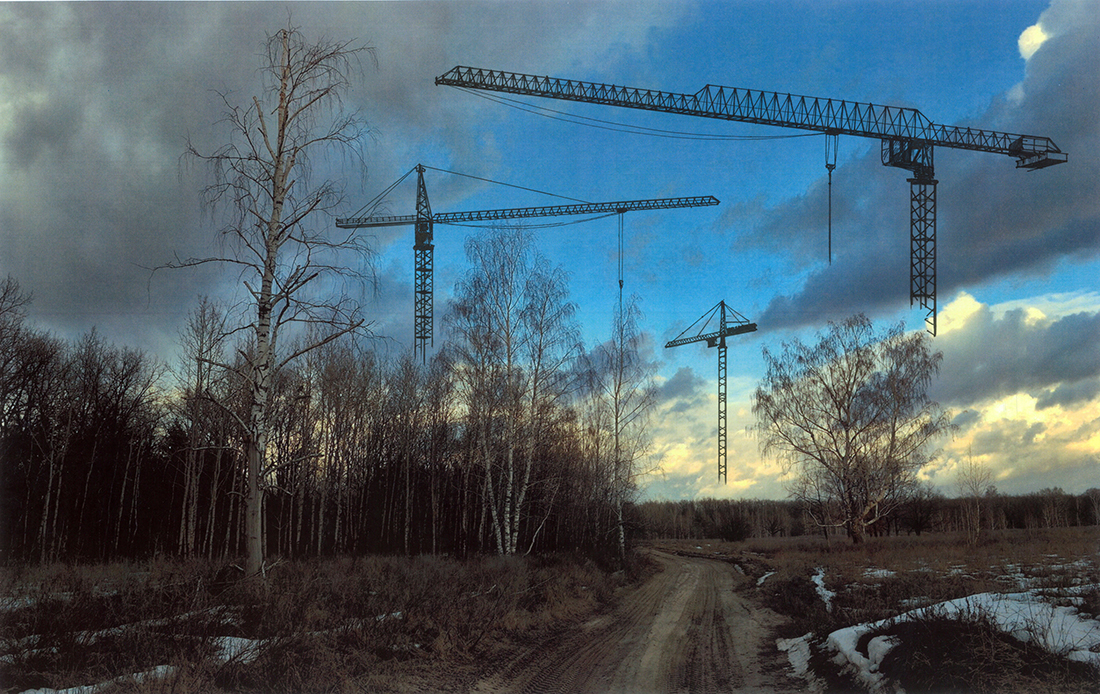 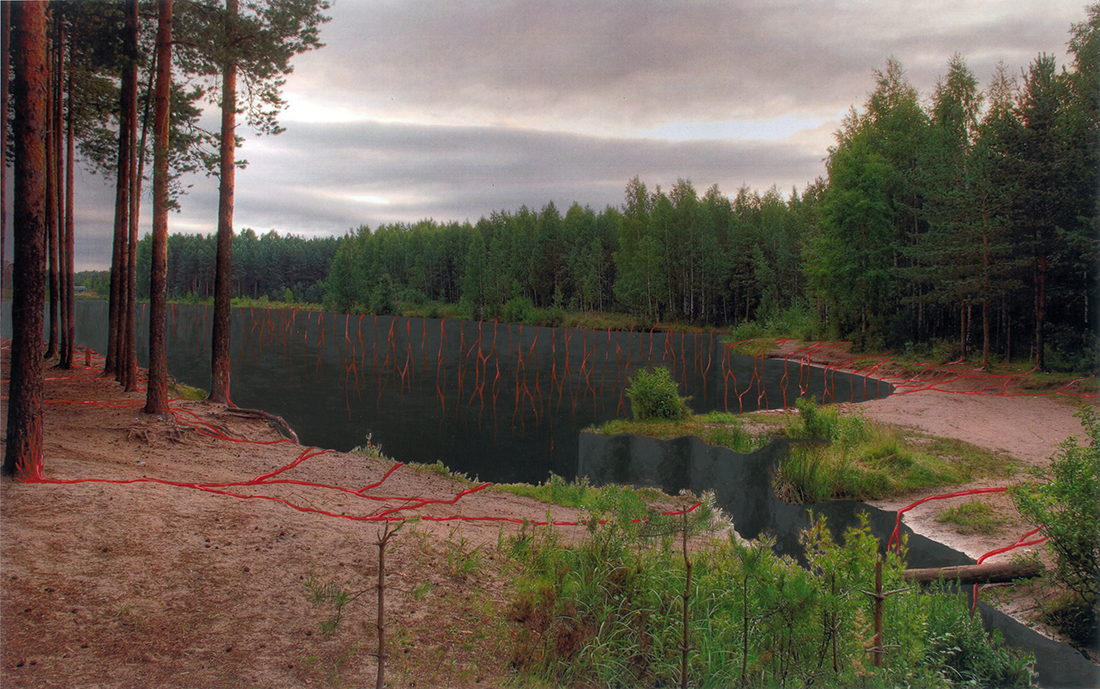 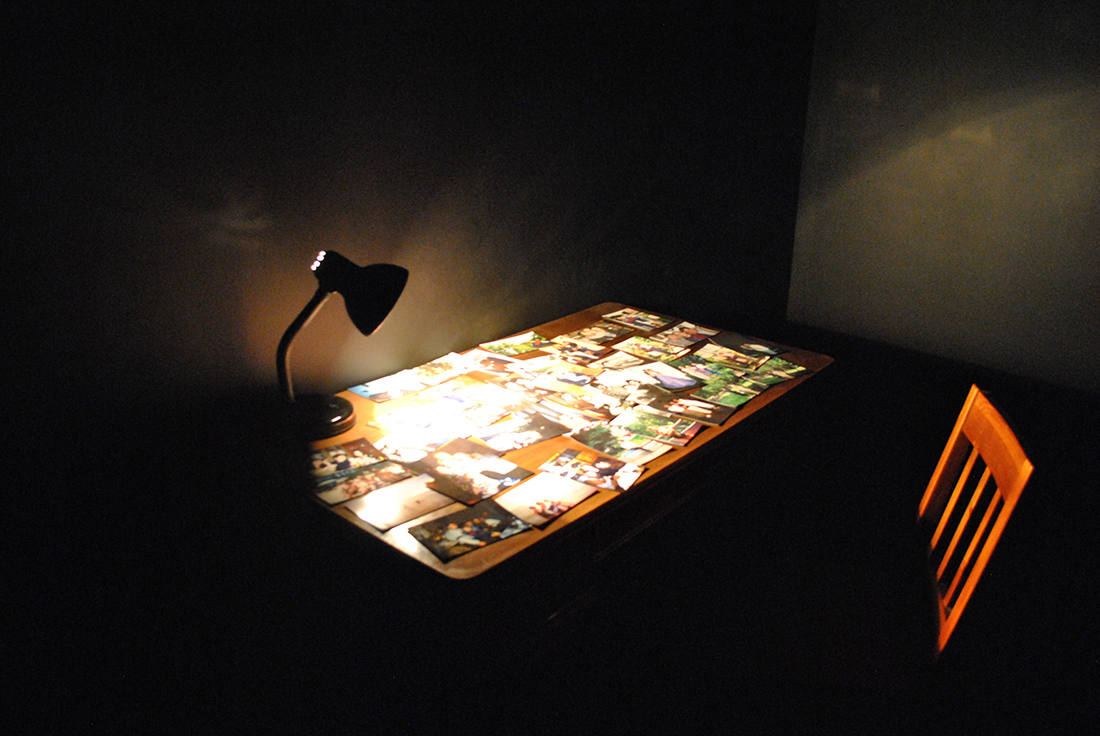 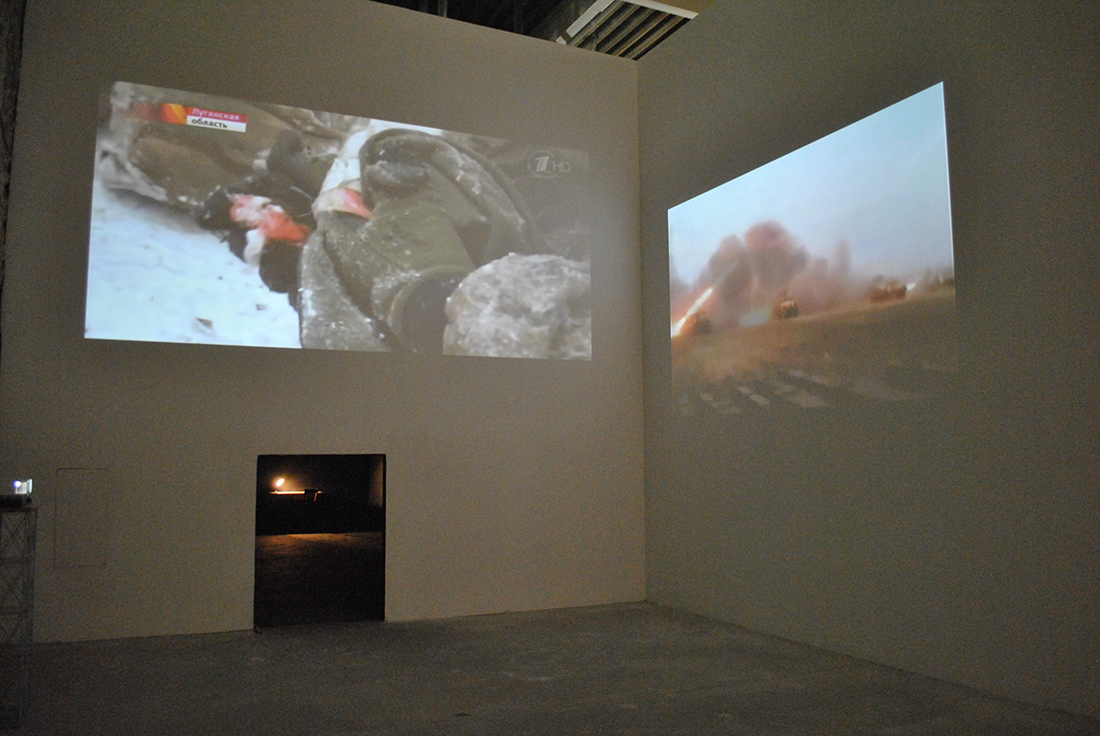 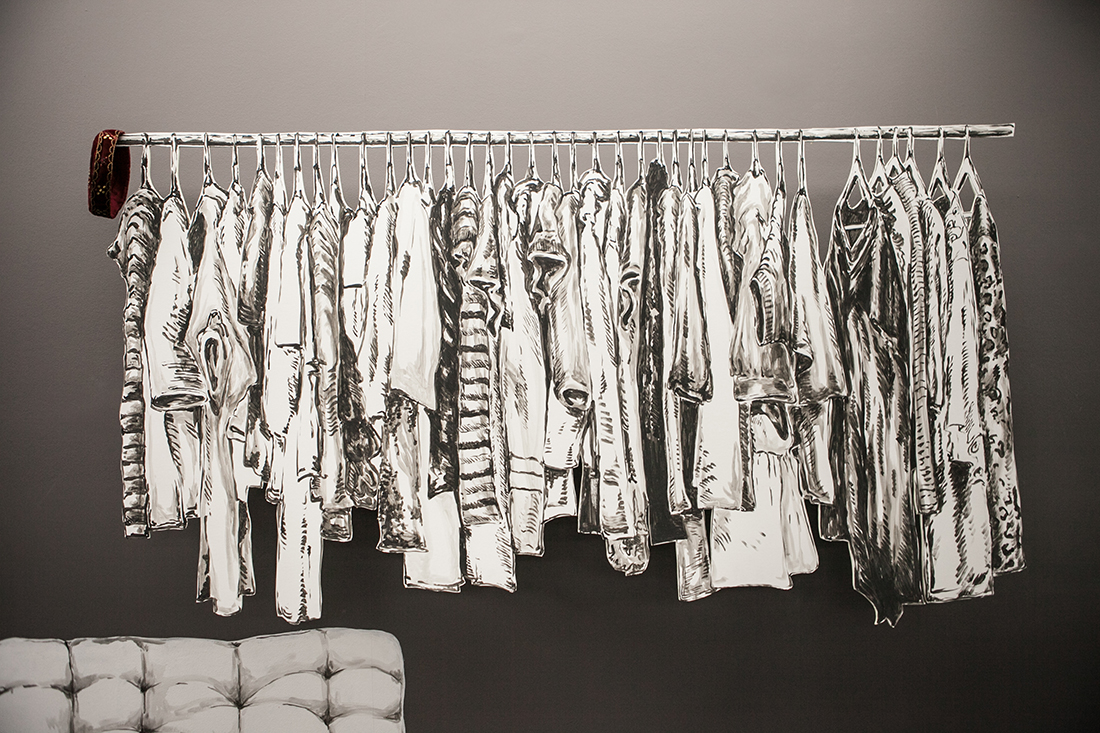 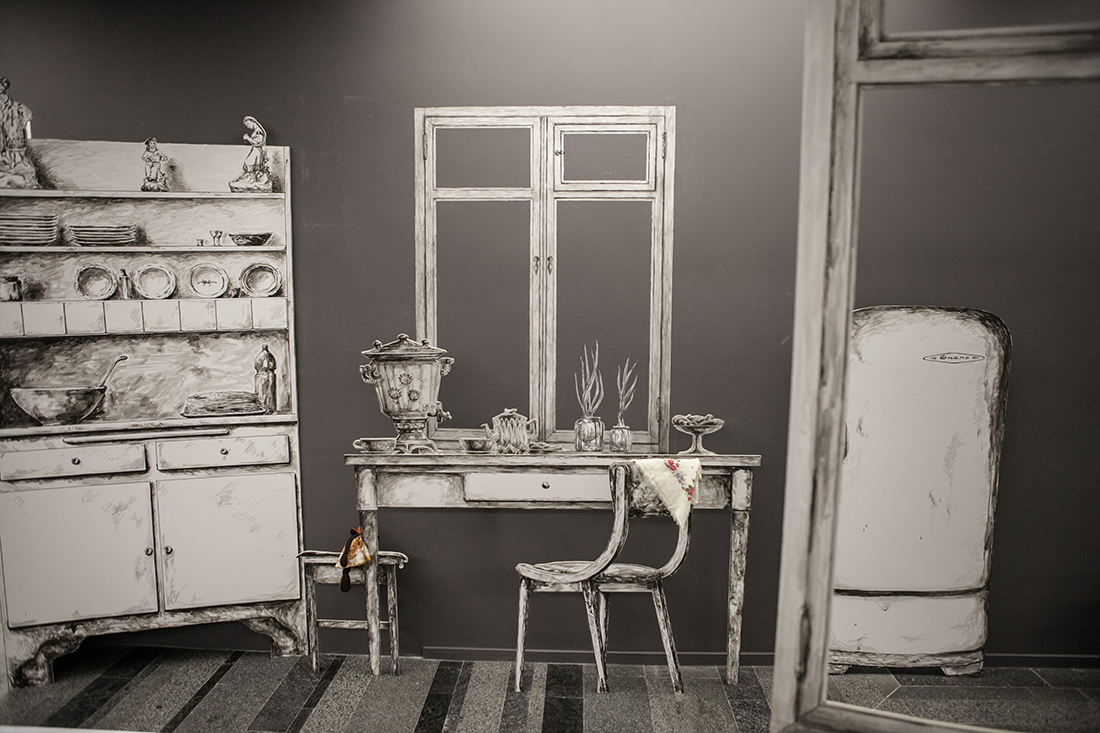 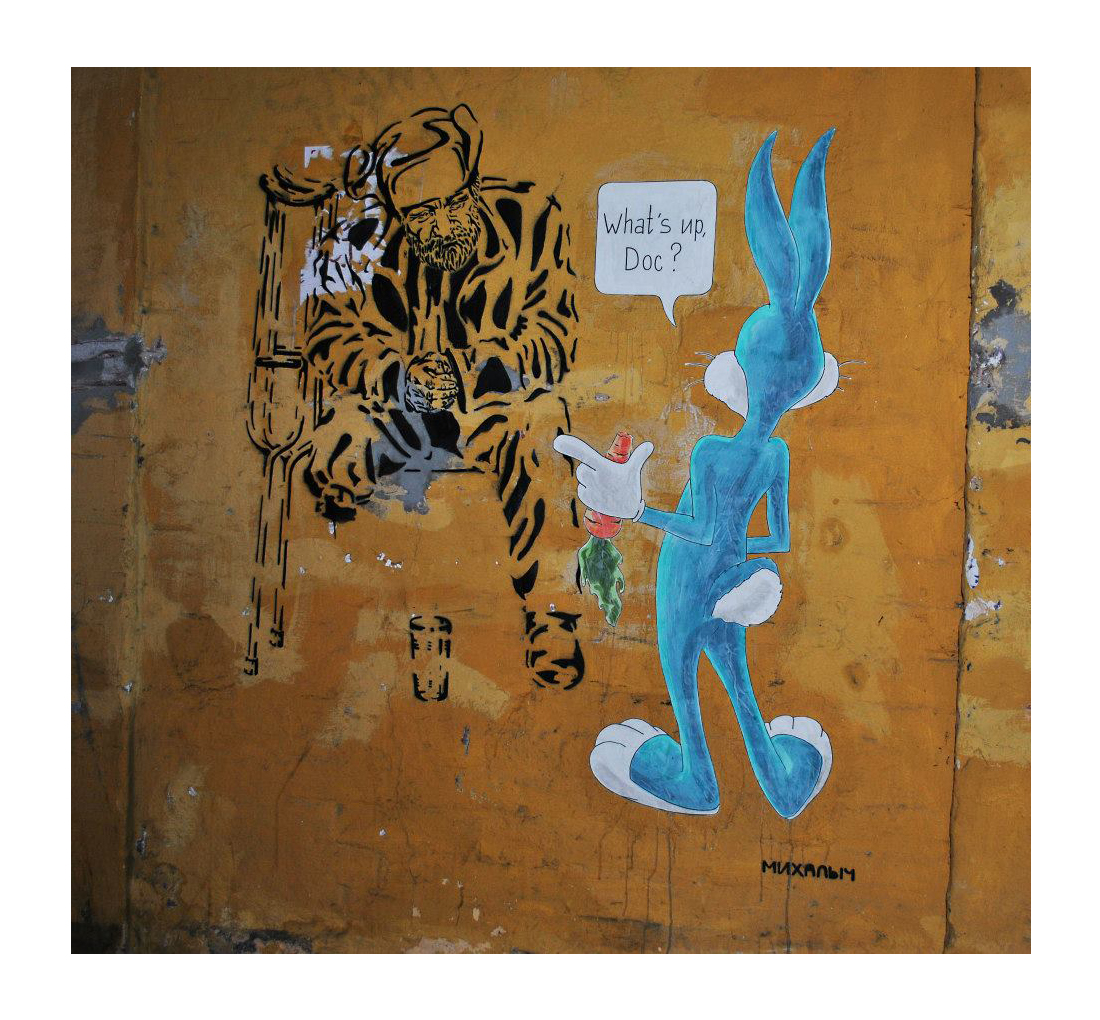 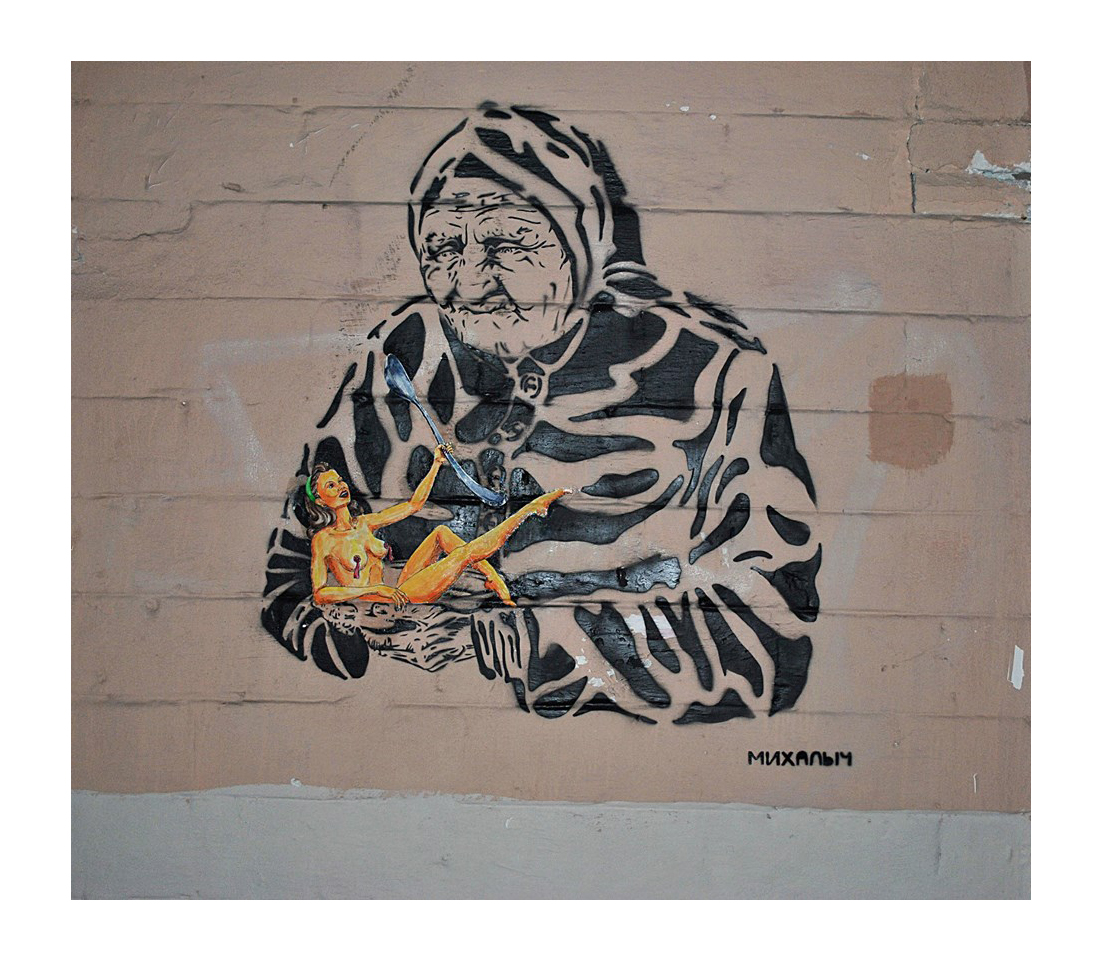 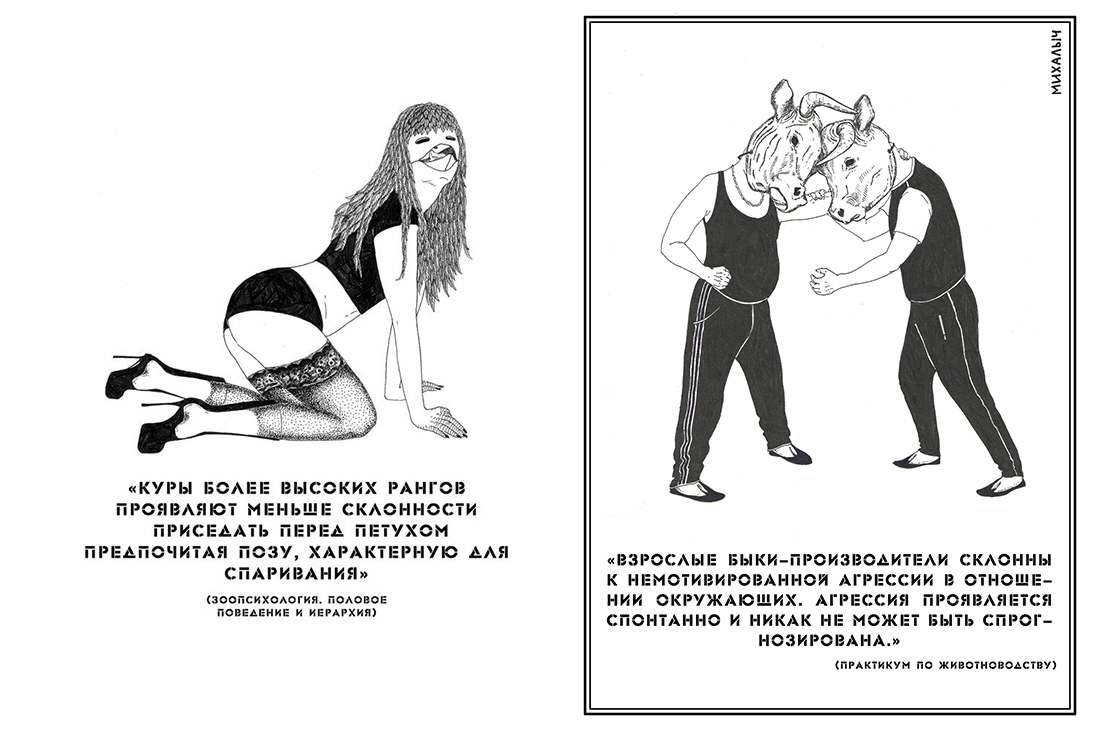