23 Sep Oleg Tistol: “In this war we stand up for culture” 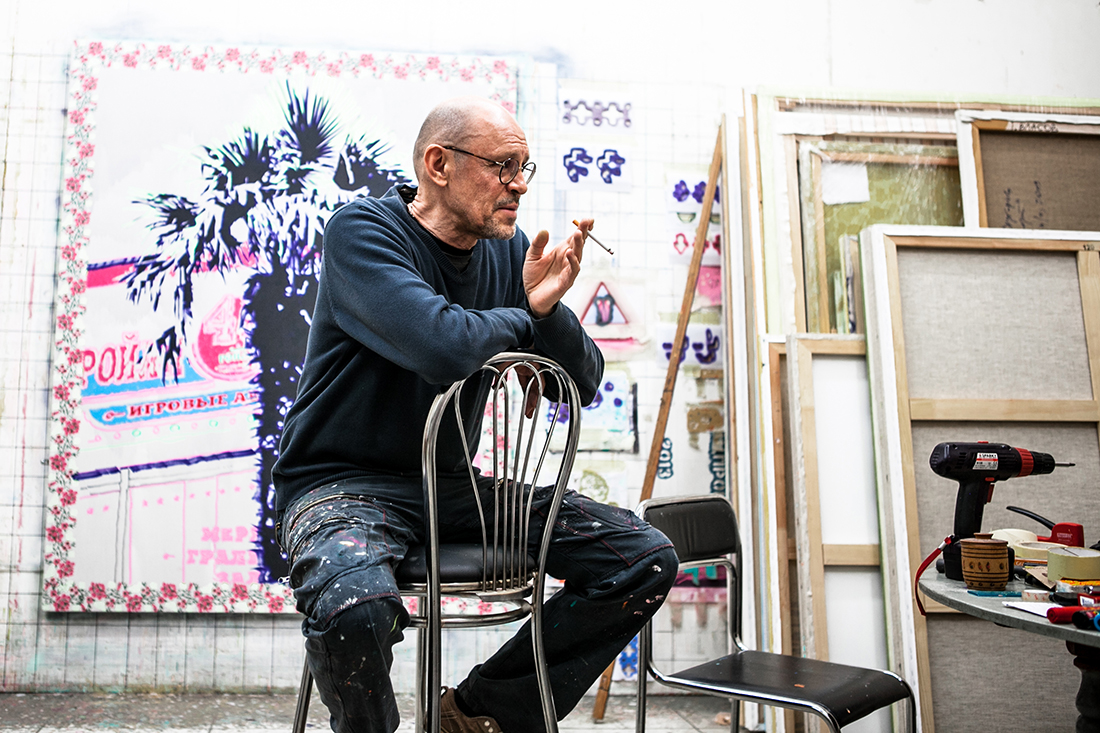 We spoke to one of Ukraine’s top artists Oleg Tistol about women, the freest country and his own non-bitchiness.

Oleg, you are married to a female artist. How do you manage to live in harmony with another creative soul? And what do you think of women in art in general?

It’s quite awkward to discuss this from Kyiv, where women have always dominated in the field of art – take, for instance, Ekster, Prymachenko, Yablonska. Kyiv has always been a female city in regards of art. As to my spouse, I have never considered marrying anyone except artists. All my romantic relationships were with female artists. It’s just an established circle of contacts. And when somebody says that “a female can’t be an artist” it sounds stupid. To say so you have to know nearly nothing about history of the XX century’s art. The humanitarian era has come. No wonder more and more women are engaged in art. It’s a natural process.

You know, I dream of completing a research on feminism in Ukrainian art…

Oh, feminism is a kind of bizarre subject for Ukraine. My wife, Marina Skugareva, an amazing artist, is used to questions about feminism in Ukraine – people in Western Europe asked her about it all the time. And she had to put it into words, engage me in this conversation. On the other hand, nobody needs feminism in Ukraine. The society in our country is rather matriarchal. And it has always been that way. It doesn’t necessarily reflect in number of female bosses. The problem is much deeper. And that’s what vatniks (pro-Russian jingoists) didn’t take into account when they imprisoned Nadiya Savchenko. They thought: “We’ll catch her and she will tell everything we want!”, because this is what would a Russian woman do. But with a Ukrainian woman it’s different. In our country a woman is gifted with a special power – a domineering power, she is capable of defending her territory. Do you remember when, during Maidan protests, girls in expensive fur coats and on high heels used to carry tires in their hands? They needed no explanation about the division between women’s and men’s jobs. They just clearly realized what was necessary at that point. Those girls have self-sufficient, strong personalities. I have never seen such women anywhere in the world – well, maybe except for Norway.

Okay, and now let’s talk about contemporary Ukrainian art. What is your opinion on its condition?

To me, we are totally relevant in the world culture. Though there is still so much room to grow. Institutions in Ukraine are not functioning properly yet, their collaboration with artists is not synchronized the way it should be. But, in my opinion, in a way it’s even good. We definitely have room for improvement. A lot of people in Kyiv are used to waiting in queues: to get into the National Union of Artists, to attend an exhibition in a gallery, and now – to visit PinchukArtCentre. I hope that young people will start finding the place in the sun and won’t wait for someone to give it to them. Frankly speaking, I am irritated with the imitation of institutionalism that prevails in Ukraine. There’s a Ministry of Culture, where Kyrylenko (minister of culture) sits in his chair. But for me the real minister is Ivan Say who during the revolution together with other young men put on balaclavas, took baseball bats, came to the Ministry, smashed the door and seized the building. Joking aside, I remember our preparation to the Venice Biennale in 2001, when the Ministry of Culture butted in the process – it was horrible. When people in the Ministry realized that they could turn a dishonest penny, they began oppressing us like hell. My point is that it might be hard in Ukraine, but the situation in culture lets you do whatever you are capable of. All doors are open. Since the end of the 1990s, our country is the freest in Europe.

What do you think, why it’s so common even in Kyiv for galleries to hardly stay afloat and why art-market in Ukraine nearly exists?

It’s very simple. To work in art business you have to be a decent person and honest with artists. You shouldn’t put lipstick on a pig to sell it at a higher price, you shouldn’t gamble, but you should work instead. People frequently tell me that Ukrainian artists are being bitchy. But we are not bitchy, we are highly qualified. We are not afraid of difficult projects, humanitarian gestures, lack of money. At the same time many local galleries want to make money knowing nothing about art business and using “hustling” methods. Nevertheless it’s always a pleasure for me to work with Anatoliy Dymchuk – he knows exactly what he’s doing and he is very passionate about his work.

Do you agree that there is no art market in Ukraine?

You know, for two years our country is embroiled in the war, but people in Kyiv still buy my paintings. Igor Abramovych is putting an exhibition composed of private collections in “Mystetskyi Arsenal” – these are the signs of the fact that art market in Ukraine does exist. Clearly, it’s far not as large as in the USA. But our economy is way smaller too…

I don’t think that it’s bad. The war on the East is a heroic war. When in 1968 Soviet tanks entered Prague, not a single store closed its doors. To me, this fact represents the inner power of the Czechs – in maintaining their life, their cultural, civilized life. Some Ukrainians also are often irritated with dances and festivities on Khreshchatyk, with exhibitions’ openings… Well, so what do our soldiers fight for?! For example, if United Kingdom invaded Ukraine, people probably wouldn’t mind, because the British would let Paul McCartney in first, and only then continue to occupy the country. While Russians try to flog us Kobzon… In this war we stand up for culture. 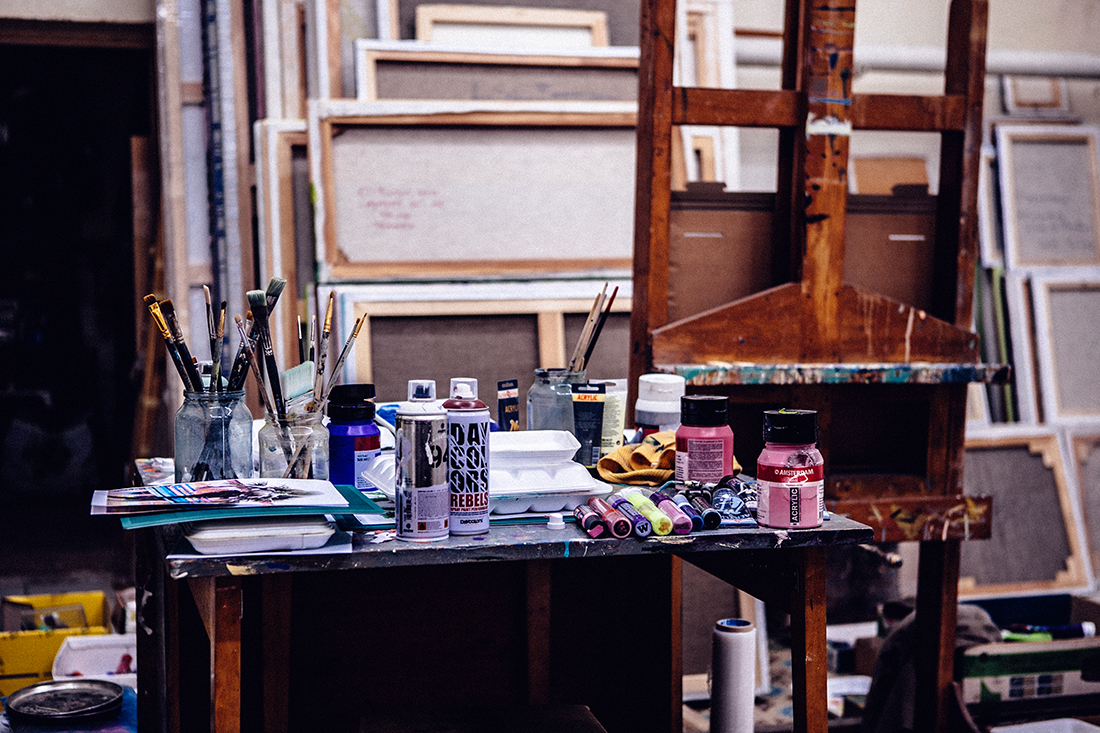 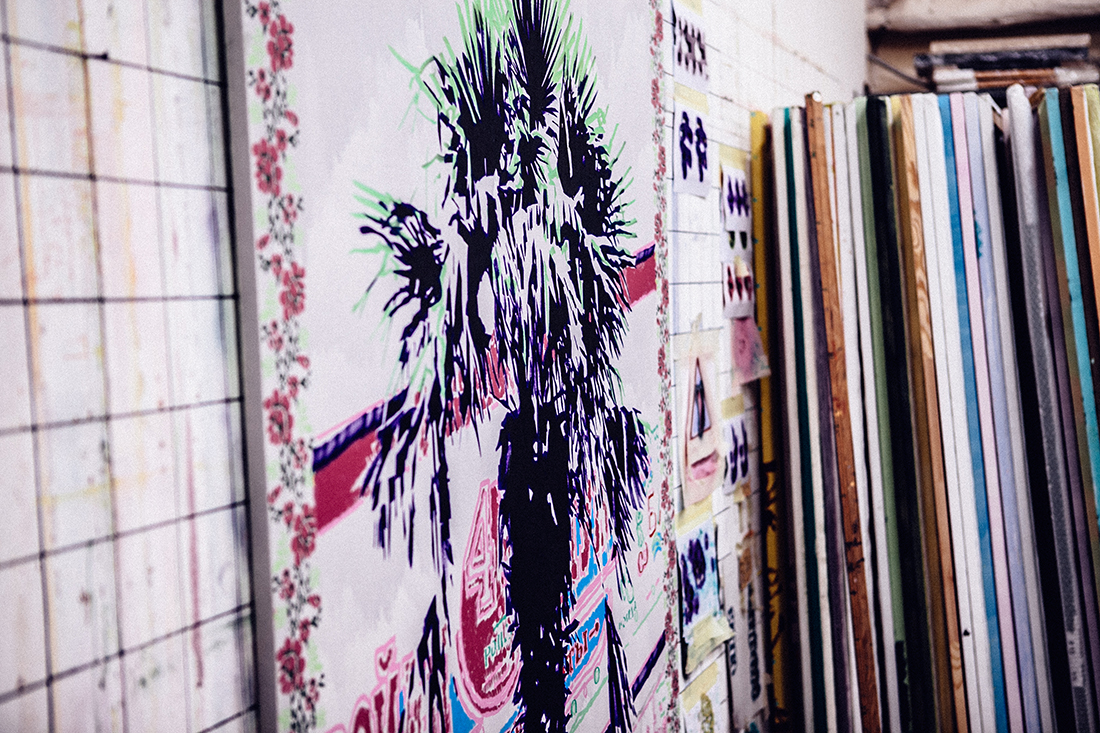 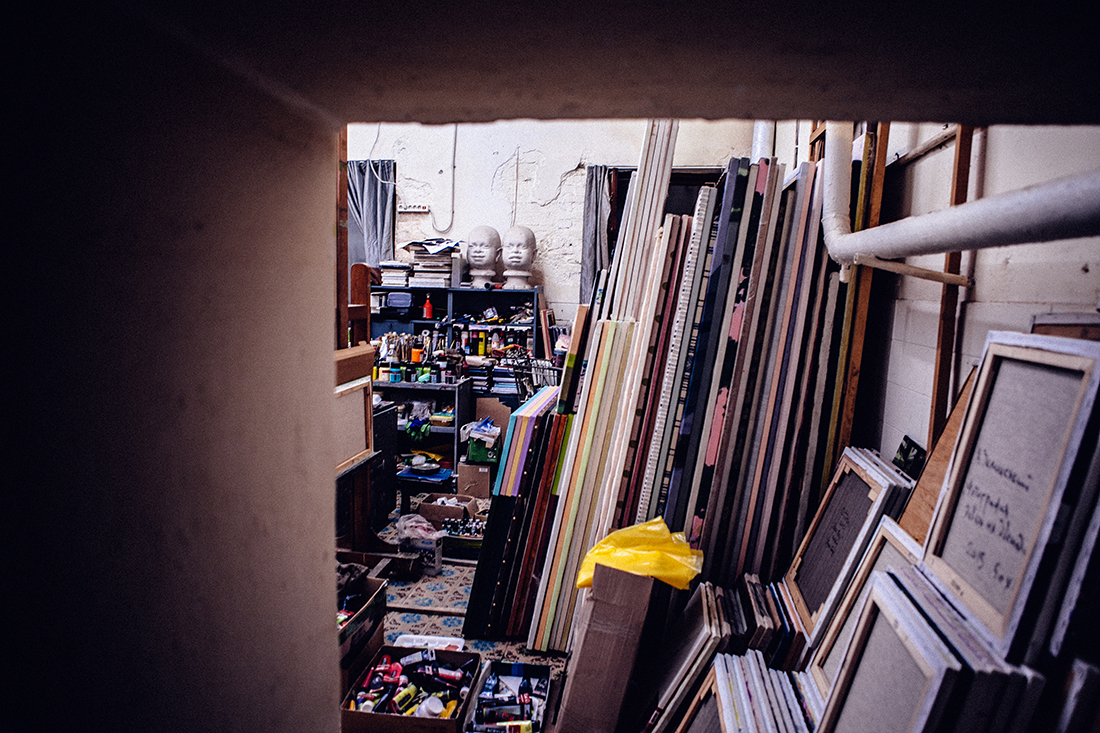 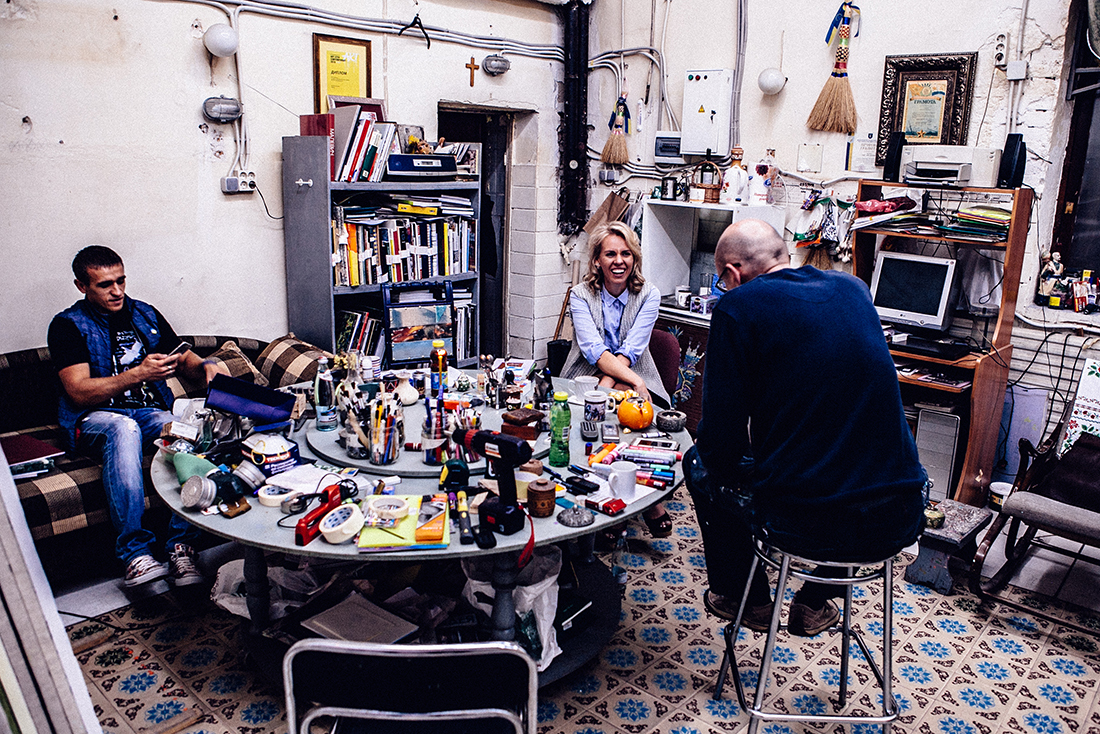