18 May Vova Vorotniov: “Interest towards graffiti and street-art decreased to zero” 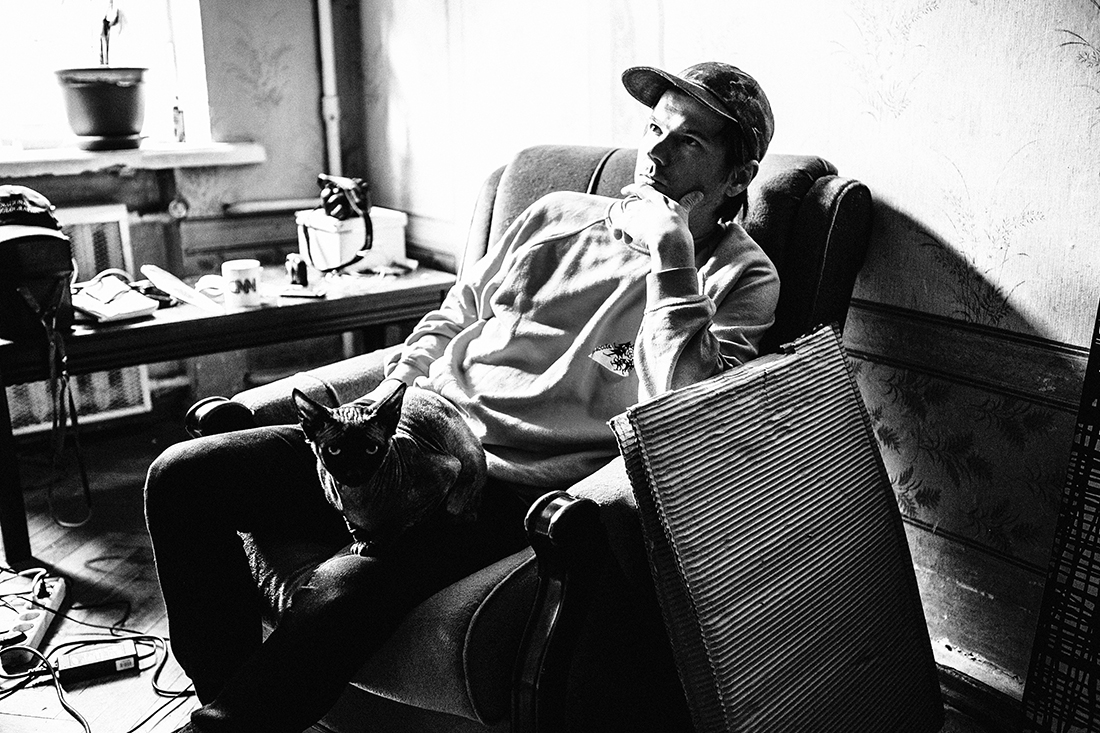 Not all Ukrainians understand artist Vova Vorotniov, but Europeans adore him. He doesn’t underestimate himself, he is independent and determined. On Vorotniov’s upcoming projects, dislike for social demagogy, graffiti subculture and financial independence in ARTinUkraine interview.

Not long ago you looked very authentic – so handsome, unusual. Why did you cut your hair?

Now the situation with hair is clarified. But what about your work? One of your most famous exhibitions in Ukraine was the exposition of the PinchukArtCentre Prize nominees. Now you more exhibit abroad. One might say that Vova Vorotniov is the citizen of the world. You travel a lot and spend little time in Ukraine, don’t you?

Well, from the outside it may seem to be true. In fact, of course, I spend more time in Kyiv than anywhere else. But indeed, minus my recent exposition Un Chien (V)andalou, I can’t recollect any personal exhibitions in Ukraine. Though there were many collective, group expositions. It’s true that I am more successful in fulfilling myself abroad – in Poland for the most part. I’ve also attended an art-residence in Rotterdam, where, in particular, I’ve put on my personal exhibition. This love for work abroad is understandable: first of all, not everyone in Ukraine gets my methodology. Secondly, my “produce” is quite ephemeral – I rather work on building some formulas than create particular works for “the market”. That’s why it’s sometimes difficult for me to work in Ukraine. Here an artist can cooperate with two categories of “institutions”: it’s either purely commercial market-oriented gallery that is, in general, focused at painting, sometimes even at unconcealed kitsch; or institutions that have hidden motives – both social and political. The latter’s budgets are composed of grants, and to get this financing they need to “ground” their work on some social or political need. In short, these conditions don’t suit a misanthropist. And I am somewhere in the middle of it all – I avoid social demagogy and don’t produce popular with the local art-market “souvenirs”. Thanks to my subcultural graffiti background I am engaged into all-European context. That’s why it’s easier for me to work there.

Yes, the situation with subcultures in Ukraine is very complicated. Out of the graffiti culture creators we talked to Fatum and Amam. And they were complaining about hard times for subcultures, in particular, for graffiti subculture, in our country.

In fact, hard times – it’s the same everywhere. Interest towards graffiti and street-art decreased to zero. If you noticed, throughout the history of the graffiti subculture it has been characterized as “fresh” and “new”. It’s difficult to understand how something can remain fresh for 40 years in a row. In reality graffiti and street-art have become something normal, routine that surprises no one. Undisguised commercialization of many artists contributed to the decadence of this art. It called into question the spontaneity, the counterculture nature of this movement.

This painting is yours. Can you tell us a few words about it? Some time ago you said that you were leaving the graffiti culture and moving to the art in the classical sense of the term. What happened?

These are just sags – but controlled sags. As if I maneuvered, manipulated the gravitation. I.e. these sags create a net. The series is called “Tartans”. It’s a Scottish checked pattern. And it’s not graffiti, despite spraying technique. Graffiti is spontaneous information in public area. But here I create ironic narrative (a parody of tartan) of indexical signs (signs-characters – E.S.). In a word, it’s complicated.

That’s the only thing that works with me. I have neither opportunity nor desire to clutter my home with some artworks. It’s impossible to archive them, and I have no room to keep them. In Kyiv access to the interiors is difficult. That’s why I spend even more than 80% of my time thinking. I generate ideas, formulas, and later, if I can, implement them at galleries. It all depends on the particular place, budget and context.

Do patrons support you financially or do you win grants? What gives you an opportunity to create art?

I am an independent artist. Nobody supports me. From time to time people buy my artworks. Sometimes I happen to get a fee for one or another project. That’s all support. I don’t live from art. To stay financially afloat I do designing. For example, I make T-shirts. It is not my art. At the same time I don’t think as follows: I am an artist – I create my art on canvas, on stage plus on T-shirts. No. When I make a print on a T-shirt it has nothing to do with my art projects. At the same time I don’t do it only for the sake of money – I don’t make middle-of-the-road T-shirts. It’s just my other role – a subcultural one.

That is to say that at some point your other personality wakes up and the artist falls asleep for a while.

Rather, it has no connection with the strategies I use as an artist. It’s just different way of thinking. Different tasks. Different language.

What are your plans for the future?

I’ve recently put on my exhibition Un Chien (V)andalou – a very low-budget, harsh and underground one – it took place at the garage. With the help of it I completed a phase in the post-graffiti, with my comments on vandalism and my alma mater subculture. Also I have many group projects planned for 2015 – about 10. Plus I intend to slow down a little, stop pursuing the “exhibition” ritual. Precisely, to change the format, as I often have to compromise, acting just as an instrument. Currently I am working on the project, concerned with my place of origin – Western Ukraine. I want to present it in Lviv, then – in Kyiv or, maybe, in Poland. 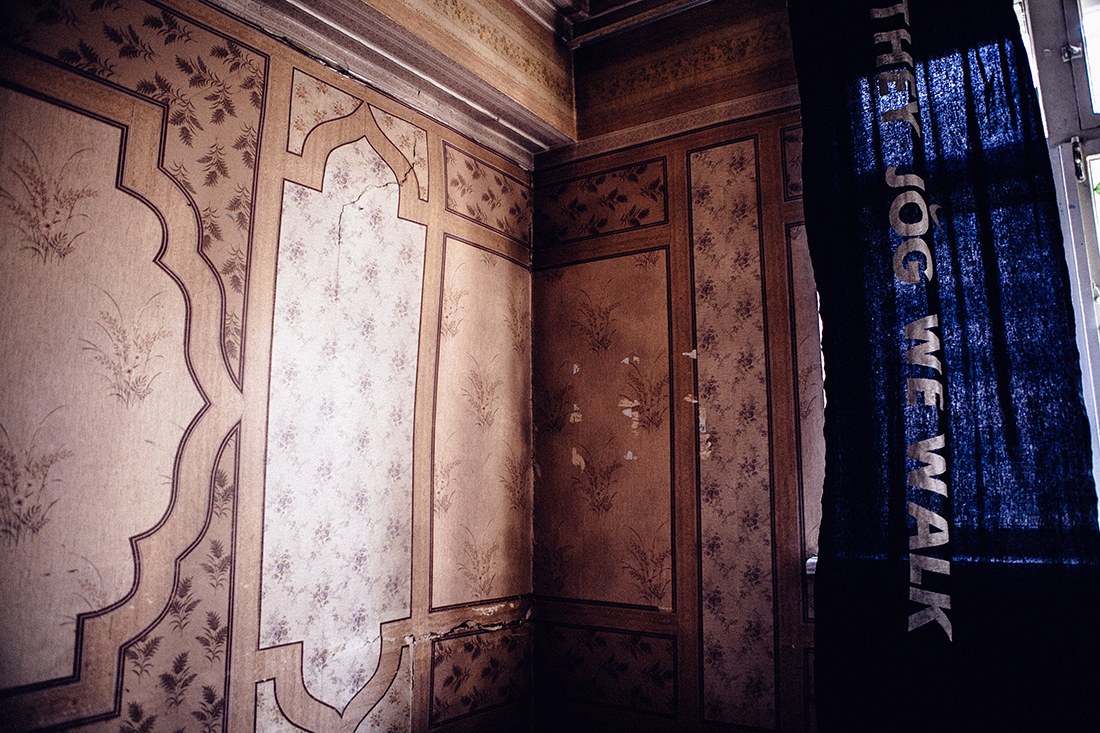 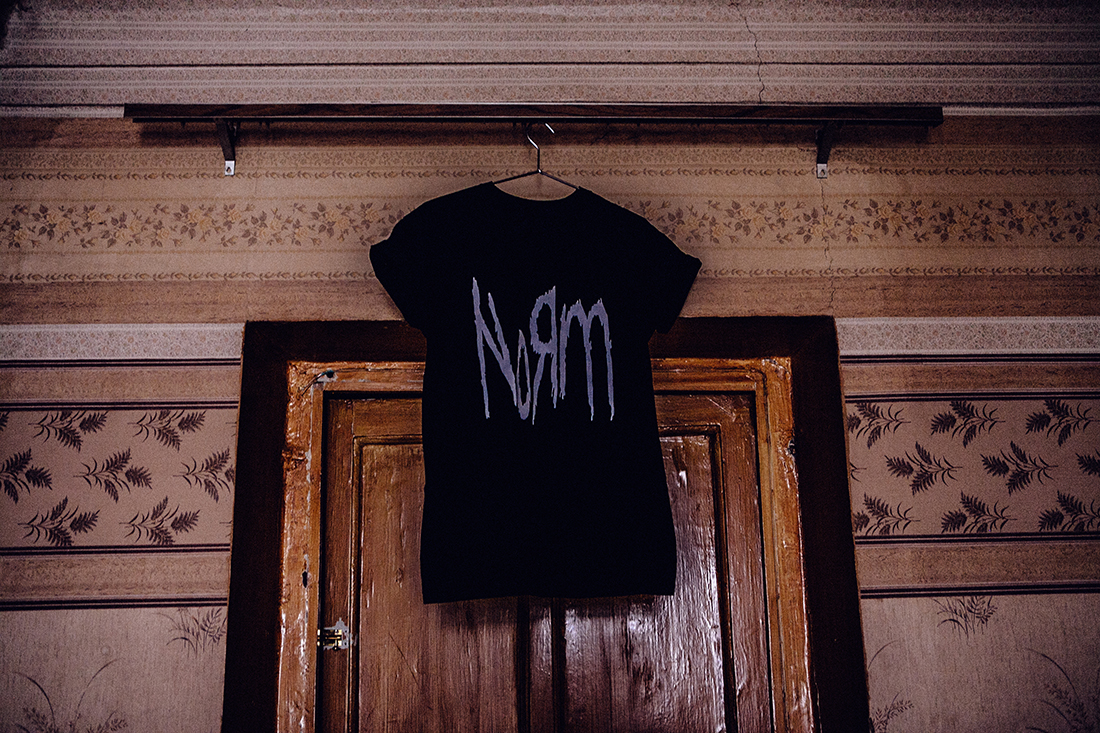 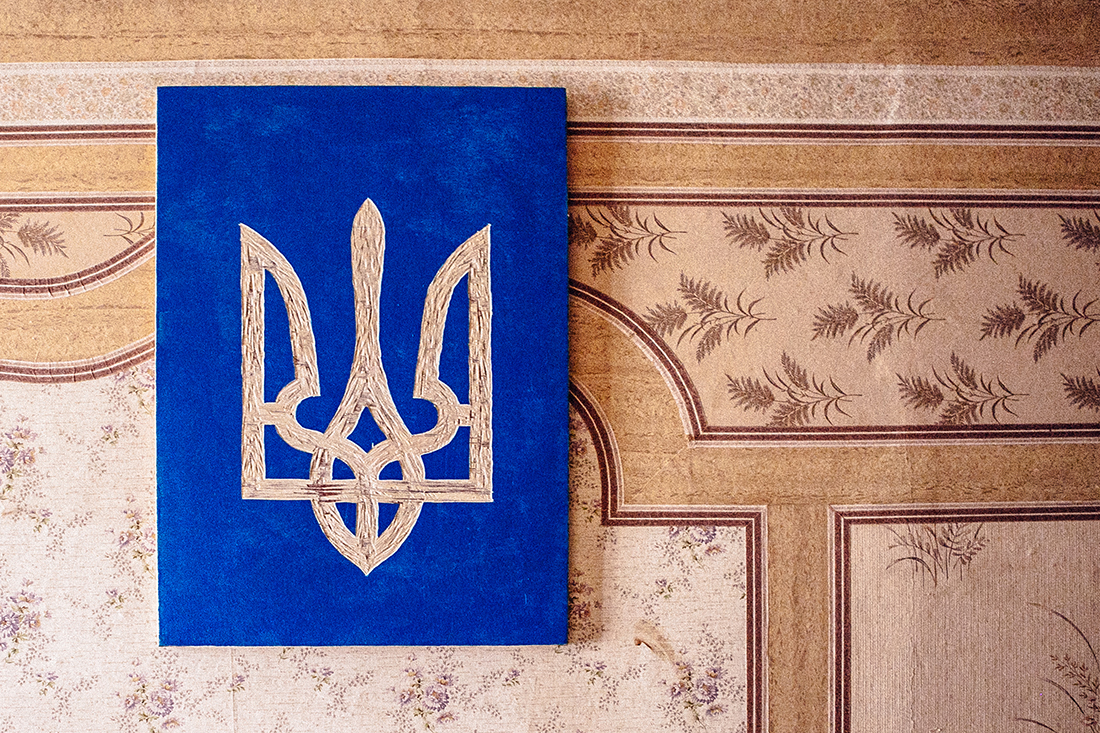 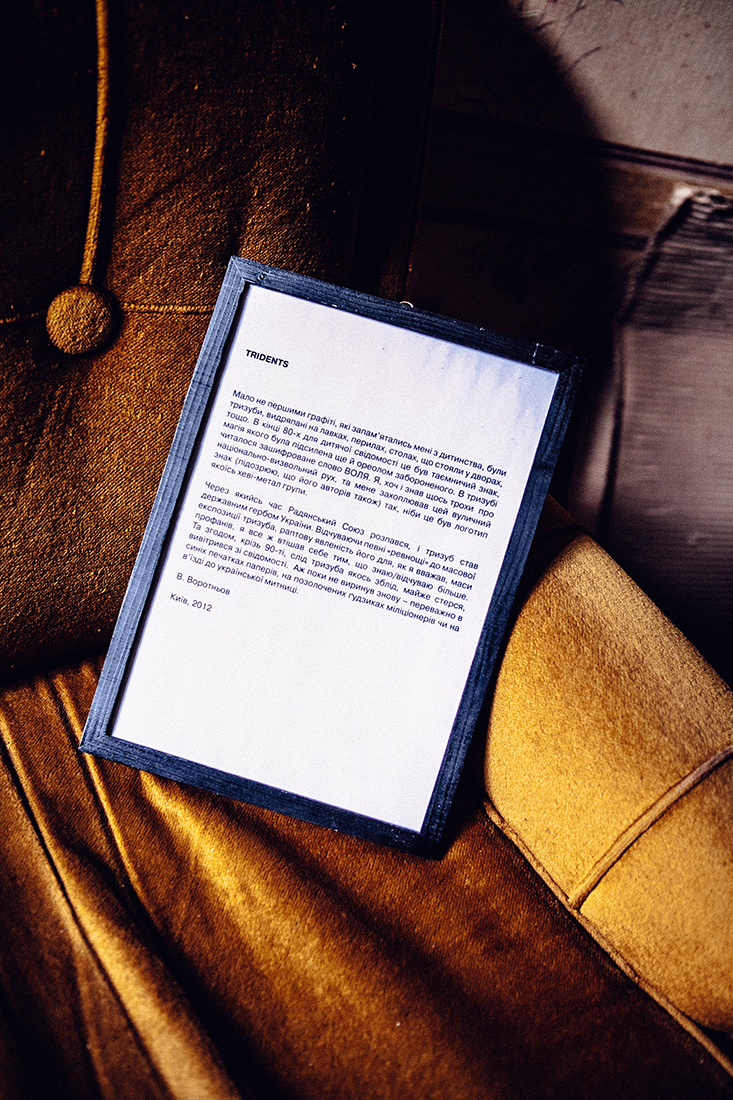 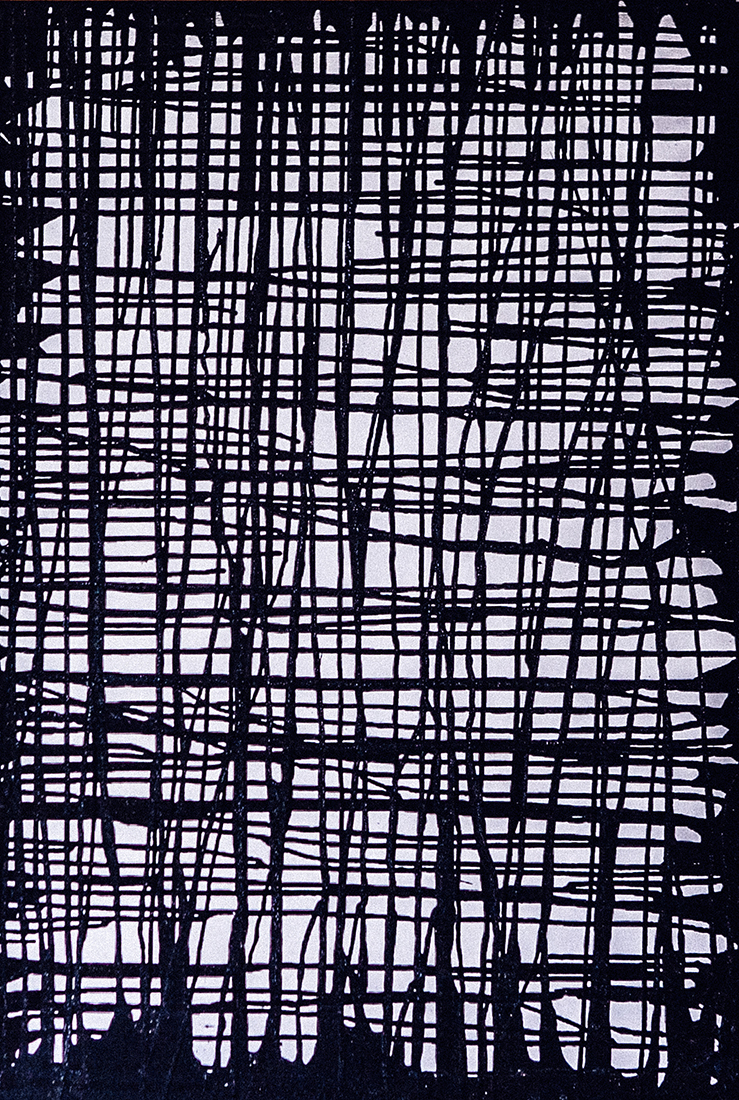