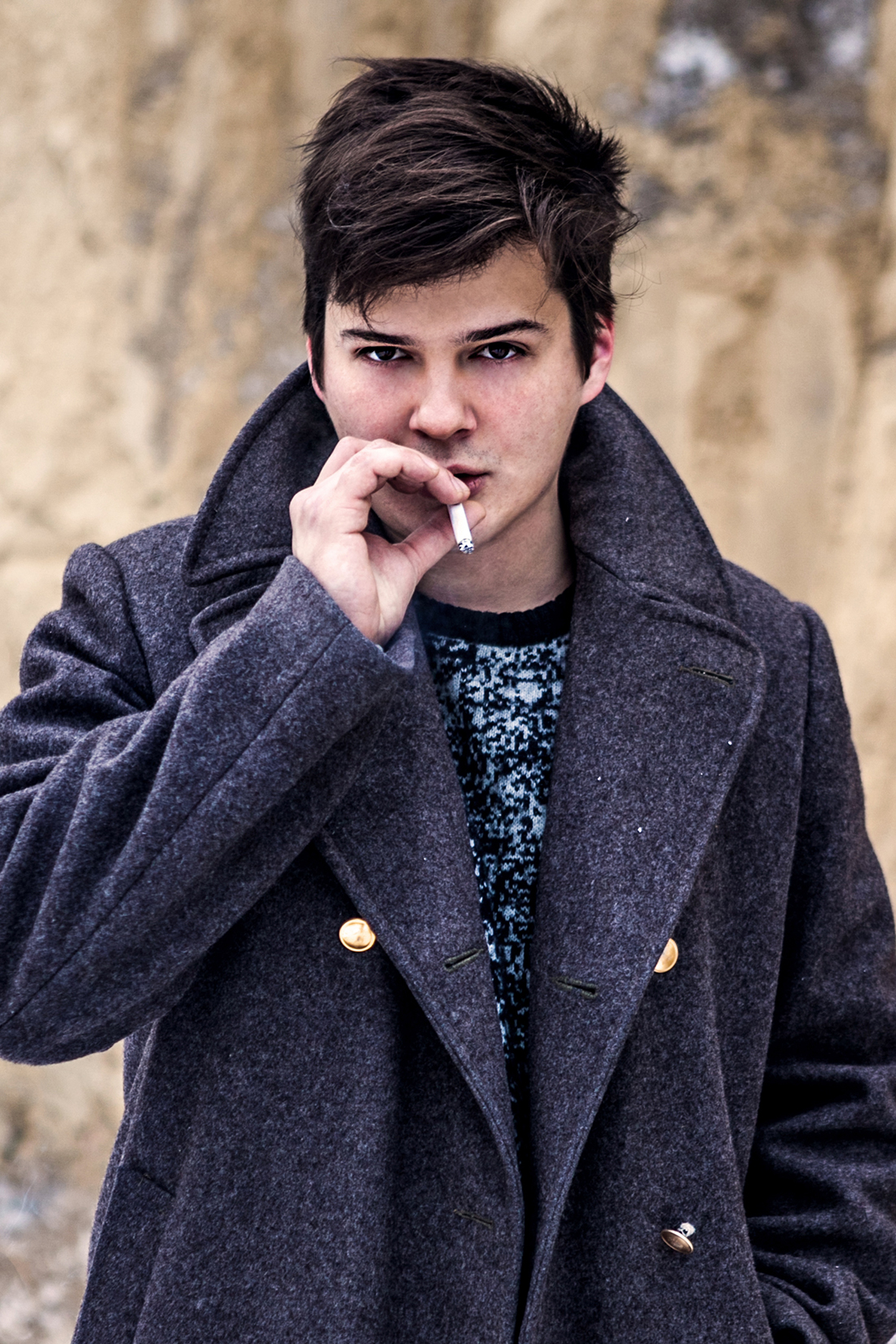 This artist considers thinking on project to be more important than its realization. Dobrinya doesn’t like reminiscing, but is ready to talk about his current interests.

I am doing art for the sake of my own satisfaction. Above all, I care about it. If someone else does – I am very glad, if not – I don’t give a damn.

If I did commercial art, I wouldn’t be that free.

Sometimes it hurts to hear people badmouth about you, but in no way this is the prerogative of art. In all spheres of life you can become an object of malignant gossip.

Though I agree that there is enough sexism in our art-community, but again – it’s rather the problem of the whole society.

E.g. in Europe the level of communication is higher than in Ukraine. Though, while attending artists’ parties abroad, I noticed the same behavior – everybody’s criticizing each other, but on a larger geographic scale.

The context of art is larger in Europe, as more people are engaged in it. Due to the scale of the art-field, any rigidity becomes average.

Actually, those who show their rigidity are always more easily noticed in small communities. In our country it’s hard to find even 300 artists, gallery managers and other participants of the cultural process, so this is the reason why voices of critics sound louder. But it’s rather the technical problem.

I’ve been planning to open my personal exhibition for about a year. The first time it was cancelled due to revolutionary events, the second time – due to circumstances over which I have no control, and later, at the beginning of summer, I had no idea what to do because of the recent developments in the country. Now a personal exhibition seems to me to be something unwanted taking into consideration exchange rates. Vital issues are what concern me more and more. Especially taking into account that what I do usually is very hard to sell.

In general, I do what I like, but when I get to make it at least a little bit commercial, I am very glad. It’s fantastic. Unfortunately, I don’t have that flair for business, and friendly envy people who manage to make money out of contemporary art.

Basically, this is not what I strive for, so I try to compensate it with my other skills and talents. But the most demanded objects in Ukraine are small sculpture, painting, graphic art – and that’s the problem. I don’t work in either of these directions – i.e. I sell nothing.

During the revolution I accidentally put an exhibition. The year before, while working at the Kyiv A-I-R residence, I conceived a large project – “The Autonomous Republic of Borshchagivka”. It was intended to be a big installation about a half-crazy man willing to hold a referendum for Borshchagivka independence. Together with lawyers we prepared a set of documents needed for such a procedure according to Ukrainian legislation, created a map, an anthem, a constitution of Borshchagivka. But we failed to present this project in Czech Republic. At the same time, there was no chance to create this installation during the revolution as it would look too predictable. The day the referendum was being held in Crimea, I happened to be in Lviv. I went there to have some rest, to visit my friends. Just for two days. While we were on this small vacation, it occurred to my friend who owns a gallery in Lviv to put on this exhibition within remaining 12 hours. Of course, I was a bit hesitating, but at the end of the day I agreed to do it.

Also, when I stayed home during the revolution, I created small sculptures out of wood. In November 2013 I went to Venice, where I visited the Museum of Oriental Art. There was an amazing hall with applied art, and the process of wooden objects’ creation consisted of almost 40 steps. I was very impressed. Later, when the revolution began and my mind couldn’t bear those events, my subconsciousness suggested it was time to run far away, to the middle of the beautiful nowhere. This is when I started making my small wooden sculptures based on these Oriental technologies. And it lasted till summer 2014. I think that I will definitely display them someday.

For the past two years I’ve been creating some weird, unnoticeable things instead of working with installations. For now this “invisible” art is what I prefer. I think that I will continue to work in this direction. I have plans and hopes concerning many projects, but for the time being it’s not very clear if I can realize them. 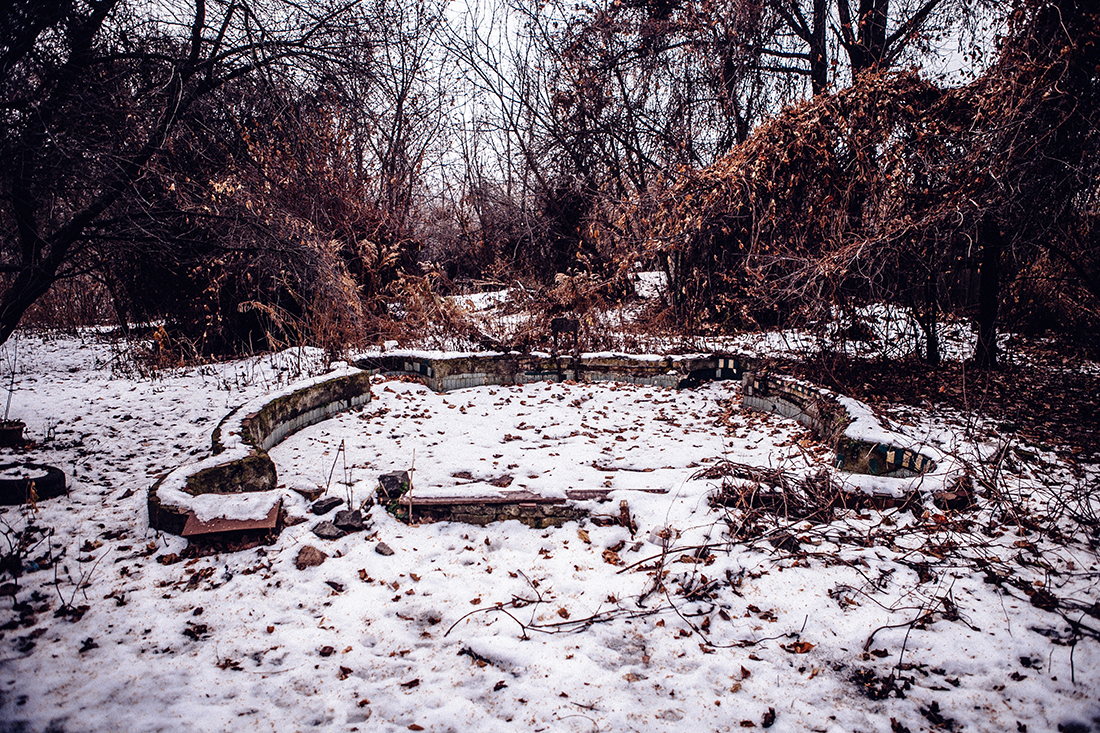 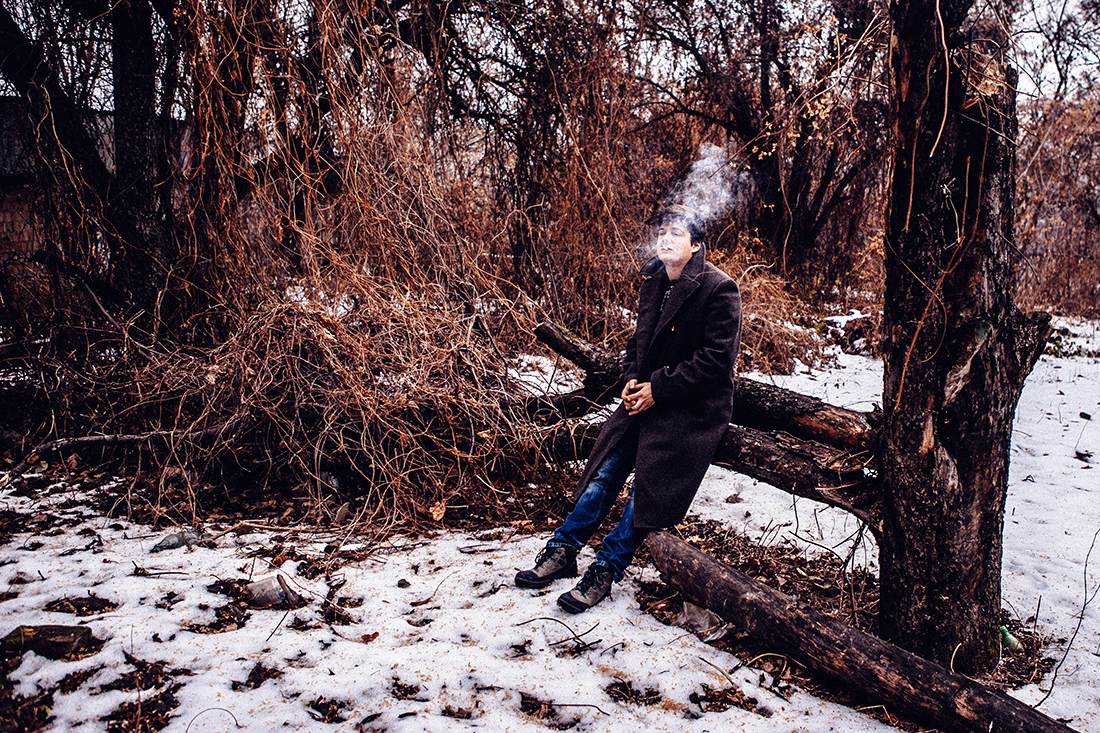 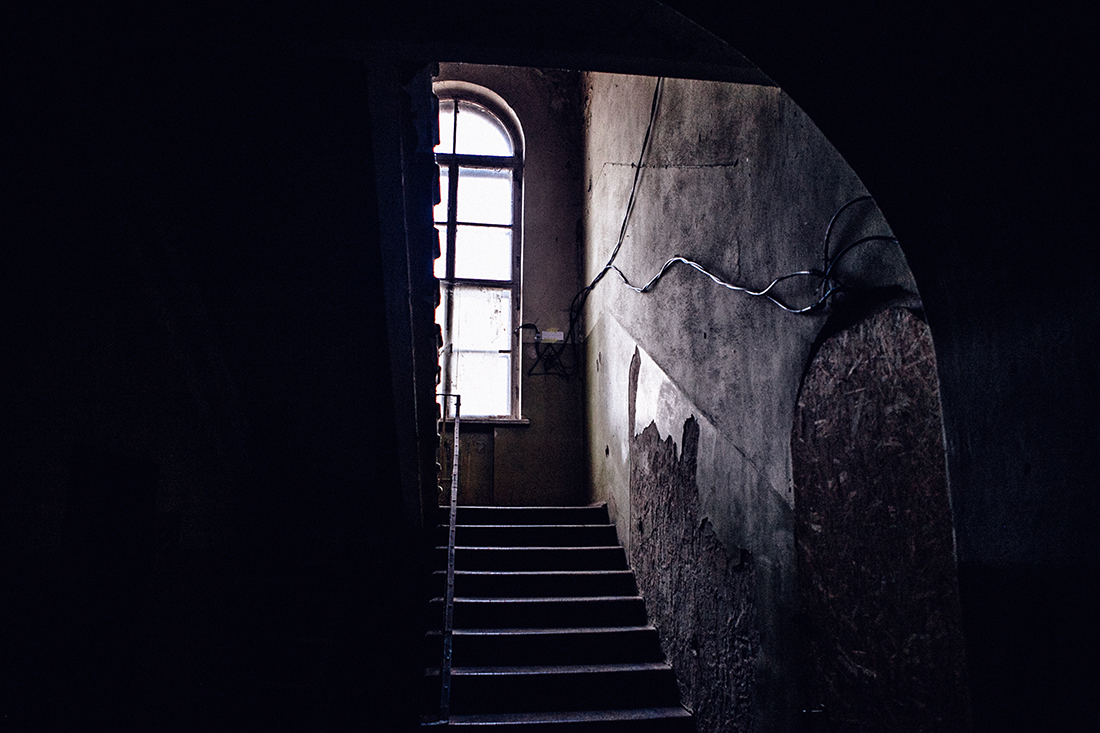 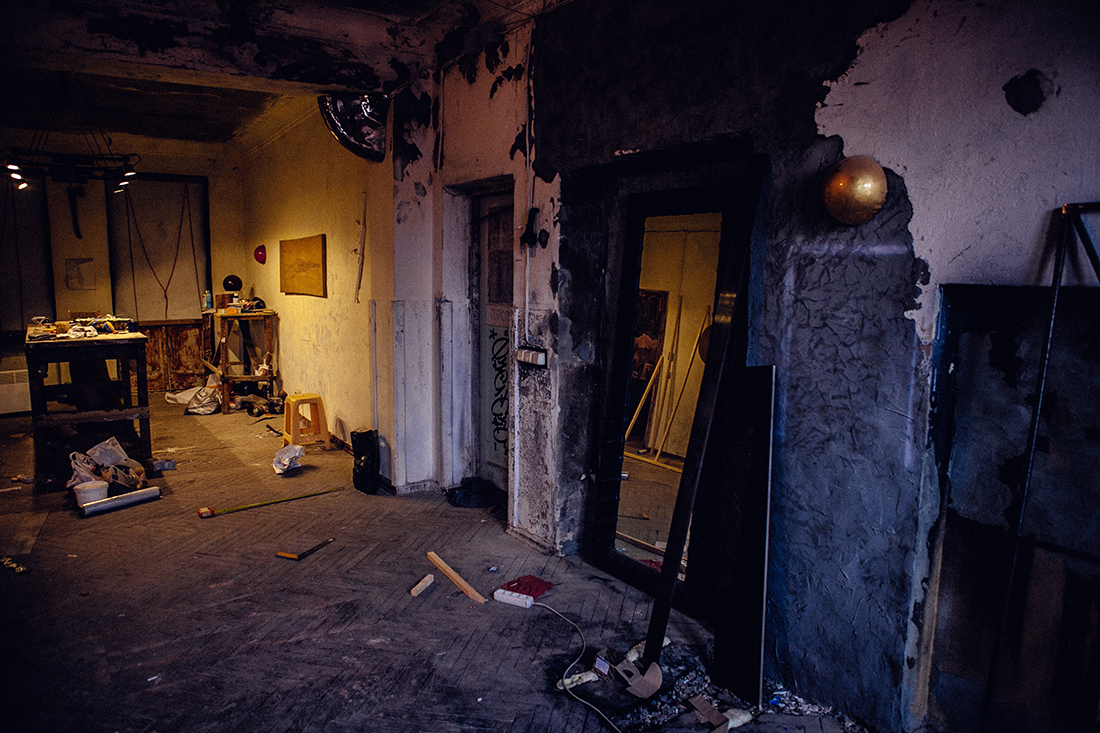 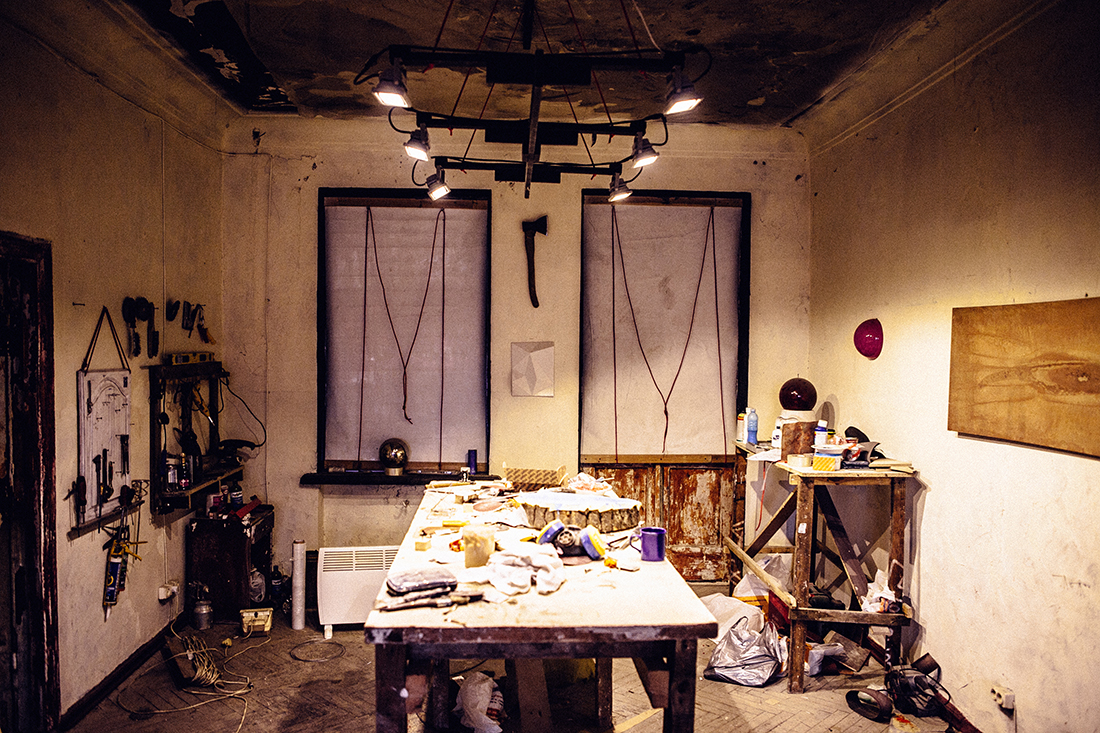 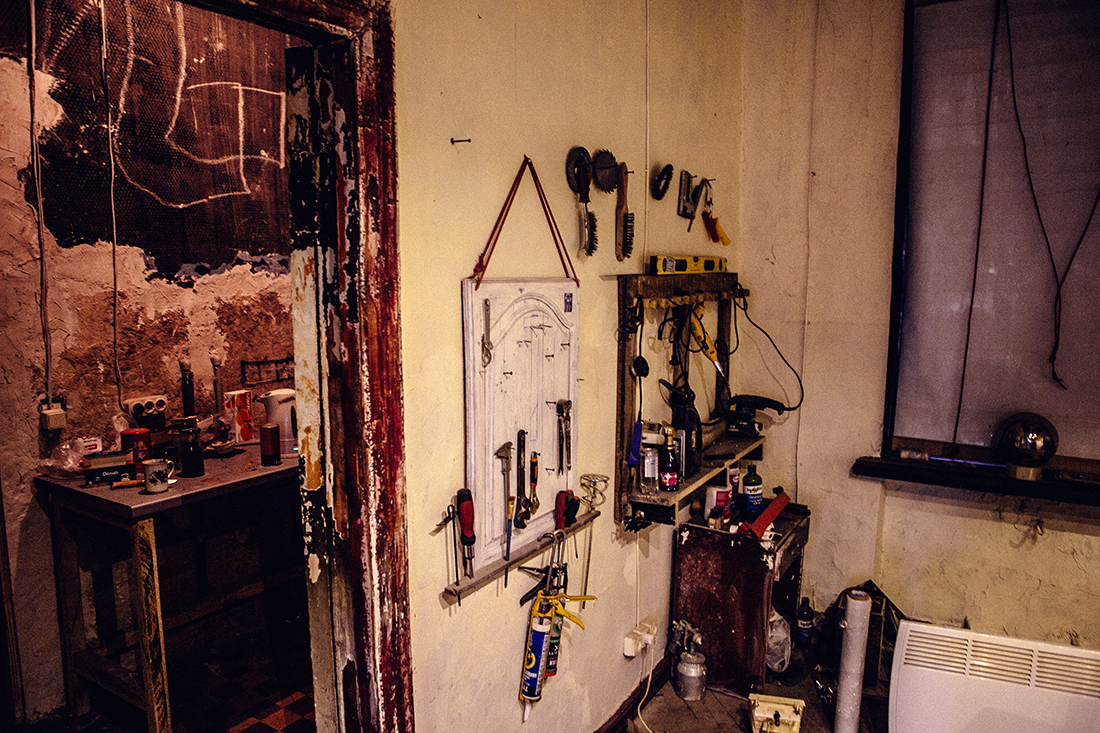 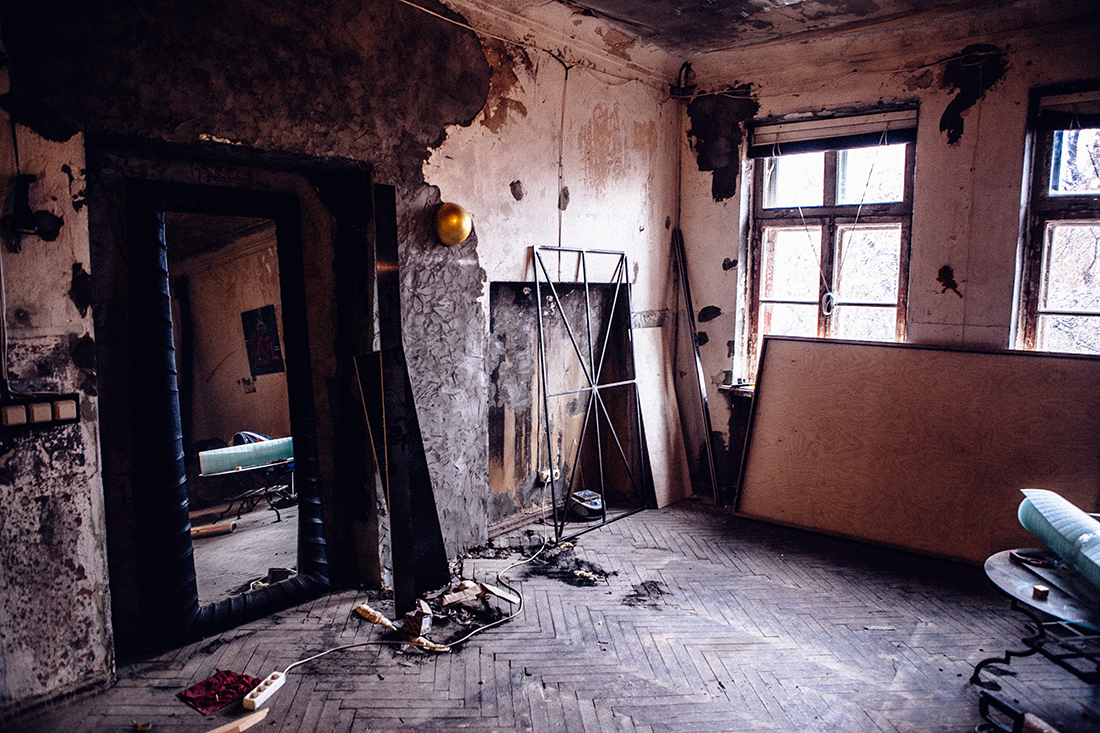