17 Sep Igor Abramovych: “It’s difficult to get in the field of art, and it’s even more difficult to work there” 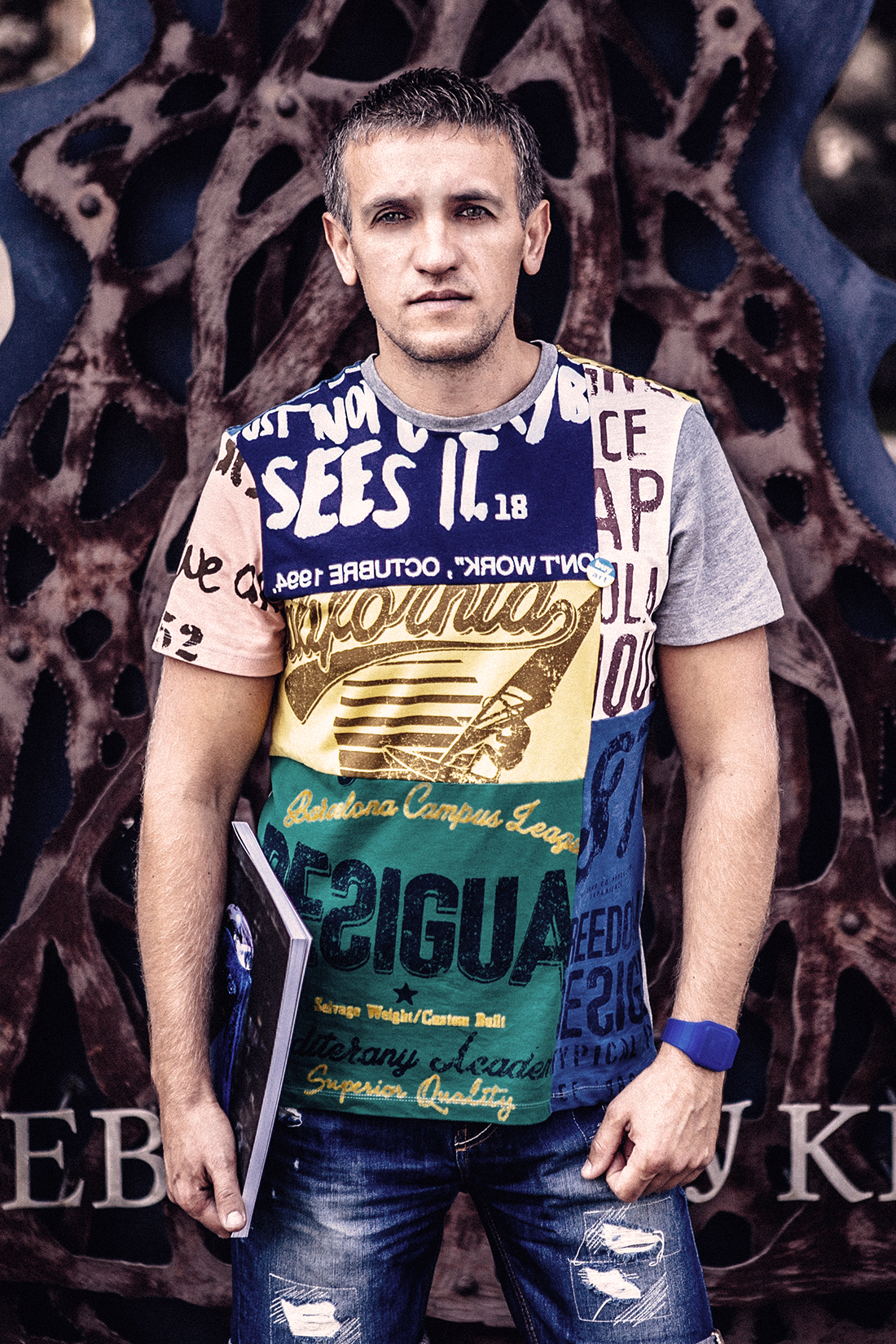 One of the most prominent art-dealers of Ukraine believes in power of Ukrainian art and in its ability to improve the image of the state. And money doesn’t have anything to do with it.

Igor, you have come a long and incredible way as an art-dealer. Please tell us how it all started.

It wasn’t my high priority to get into the art-community, as well as to sell paintings. It just happened, like something inside told me to do it. In 1999 I met Alexandr Solovyov. One day my driver was transporting paintings. He came to me and said: “Today I’ve transported contemporary art. It’s amazing!” Those were the paintings of Oleksandr Roytburd that he saw, and one of them was his famous “Lady in white”. At that point I knew nothing about it. Maybe, I heard something about it, maybe not. But I got interested.

If I understand you correctly, you are not likely to be afraid of changes and new things?

I am not afraid of work – of any work. I guess that’s why my plans never fail. For example, when I was 16, I was running my own recording studio. Few people know about that. Just imagine: the USSR has just collapsed, the Tax Service isn’t working properly, and I have my own business! I used to go to Moscow, buy there records, make copies and sell audiotapes. So in a way I was always attracted to art. I think I took it after my grandparents, whose homes was decorated with paintings, not with old rugs. Later I had money, my own small transportation company, so I could sit at home doing nothing, but that’s not in my nature. And when I became interested in paintings, I started studying this subject attentively, I even ordered in Kostiantynivka (Donetsk Oblast) a special vehicle for transportation of paintings. At that time I drew profit from it as I was the only owner of such a special vehicle. But it all was later, and in the beginning I just wanted to deal with art.

Who were your first friends in the field of art?

As I mentioned, it was Alexandr Solovyov. Plus – Oleksandr Roytburd, Oleg Tistol, Vassily Tsagolov. By the way, the first painting I bought was the work of Oleg Tistol. And the things kept on going that way: I met Vlada Ralko, later – [Volodymyr] Budnikov, later – [Anatoliy] Kryvolap… That’s how it all began – on the basis of friendship. So when Sotheby’s came to Ukraine, I was already well aware of the local market and artists. At that time we were putting on a couple of exhibitions in Moscow (Russia) and Europe. A lucky chance of meeting the right people means a lot in any career, so in that sense I was lucky.

I suppose for some many years in the field you have numerous interesting stories on the secret life of art.

Yes, I do. And currently I am writing a book about it. You know, artists always find a way to get into trouble.

Speaking of local art-market, I can’t help but ask you, who are the people that buy artworks from you? How did you find your first clients?

It’s very simple. A lot of my classmates that now live in Kyiv, Moscow, London – actually, all over the world – managed to make a fortune. They saw how interested I was, asked me for advice and then made their first purchases. Artworks are nonessential goods, not everyone can afford a painting of a top Ukrainian artist, but if you start collecting art, it’s very hard to stop.

As I understand from your words, it’s not just the money…

Of course, it’s not. I was running so many different companies that, apparently, it was time to do something for the idea. Now my main objective is to take Ukrainian art to the world, European art market. We are truly worth it. I consulted with many experts, I read books – Ukraine has a huge potential of talents. In addition I am often engaged in some sort of educational work. I.e. when visiting exhibitions, I bring catalogues with the paintings, show them to my friends. I want them to notice contemporary Ukrainian art. I was pursuing three aims: put on exhibitions in Tate, Saatchi and MoMa. I’ve already managed to put on one of them – in Saatchi. In 2017 we are making a large exhibition in Washington museum – it’s already arranged. Furthermore, not long ago together with Galyna Skliarenko we’ve published a special book for collectors “Contemporary Art of Ukraine. Portraits of Artists”. It’s a sort of an art-ABC of modern Ukraine that might become a foundation for getting to know contemporary Ukrainian art in person.

Tell us about your own business principle that enables constant success?

I don’t think about money. If for you money is in the first place, you will fail. Money is just a material, realization of needs. No matter what you do, put your heart into it. It’s difficult to get into the field of art, it’s even more difficult to work in it, but someone has to do it! I believe that Ukrainian art is worth it. Confidence is another important key to success. I hope that soon our country will be associated not with revolutions and Chernobyl, but with art. Unfortunately, our officials underestimate its significance. Though, we can notice some progress.

For a long time you had worked with well-known artists, and then suddenly you started working with Roman Minin. What did draw your attention to his paintings?

It’s also very simple. We met at Oleg Tistol’s studio about four years ago. I kept an eye on Roman’s work – as well as I did with Nazar Bilyk, Stepan Riabchenko. And then the time had just come. You know, something in my heart, in my mind told me. And I understood that I had to work with Minin, especially taking into account that we both are from Donbas. I know who the miners are, how they used to live there… I found Minin interesting as he knew the life of miners very well. I understand him, understand his works, though for other people they are still a mystery. We are bringing his latest work to “ART-KYIV”, it will be amazing!

Do you think you will ever lose interest to art?

I don’t think so. Even my children took after this love to art. Lately my four-years-old daughter called me from another room: “Hey, Daddy, come here! Andy Warhol’s on TV!” My kids know artists as they know my friends. I understand that everything comes to an end, things change. But it’s not going to happen with art. The most important thing is to love what you do. Or you will fail.