11 Sep Kristina Solomoukha: “In art feminism is a specific issue” 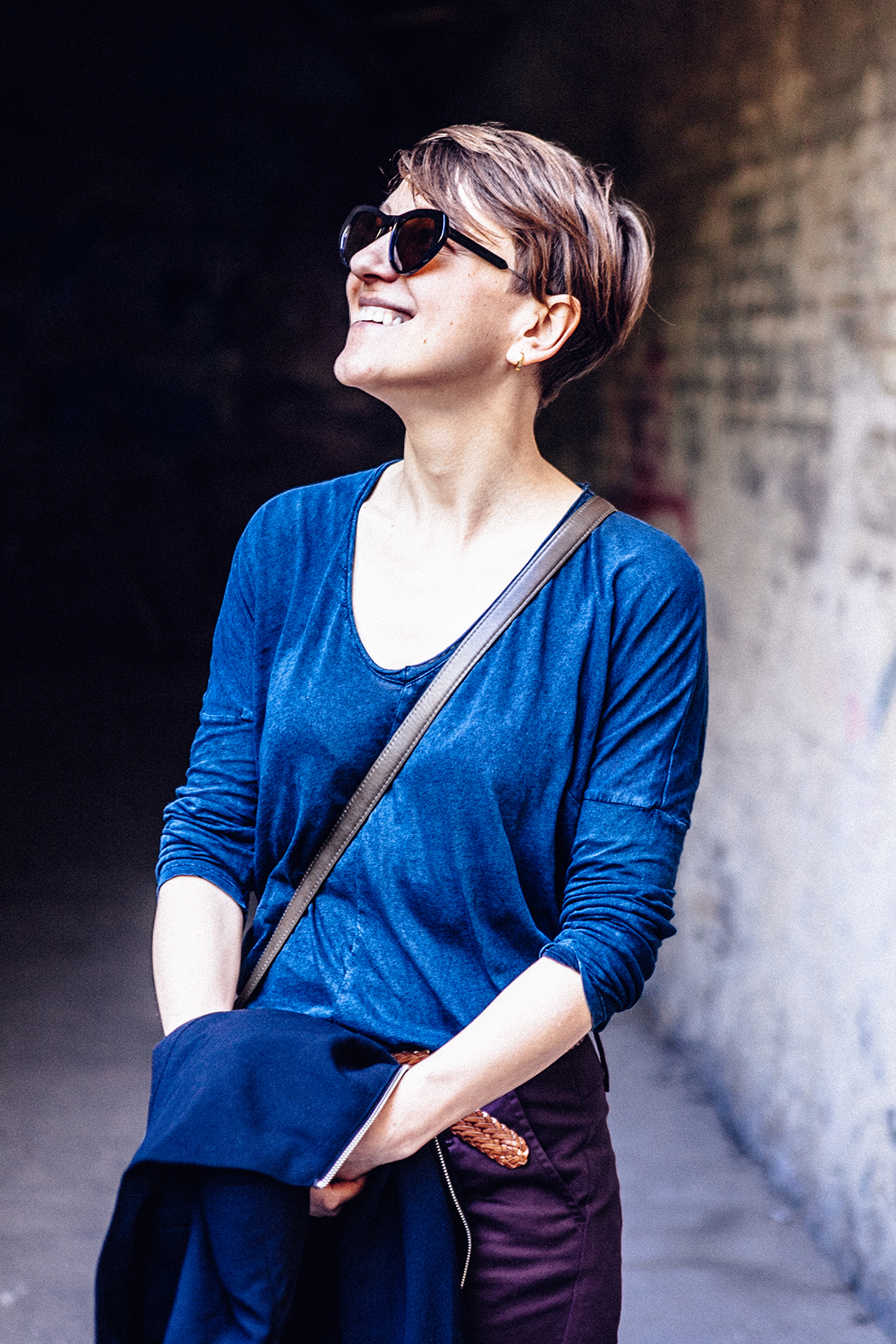 What do these things have in common? Kristina Solomoukha is one of those artists who combine in their artwork different sides of reality that at the first sight seem to have nothing in common. Teaching is another important part of her work, where Kristina is looking for alternative approach – as well as she does in her art.

Probably, before we speak about feminism in art, it’s worth mentioning that people often don’t understand the meaning of the word. In a nutshell, feminism is a movement for equality of men and women rights (and not against men!). By the way, I personally know a lot of men that participate in this movement in the countries where I used to live and work, especially in the USA. But in art feminism is a specific issue. In my work I treat feminism as I treat politics – it’s not easy to approach them directly. You need creativity so that your work wouldn’t become a plain illustration to certain facts, as well as not losing its political relevance. In our current project with Paolo Codeluppi we are trying to find such approach in a series of exhibitions that we display and in a cycle of short videos – I can tell about them in detail.

“House of the bear” is a video that we finished in spring 2015. It is based on North-American Indians’ mythology. In 2013, thanks to the art residency in the USA, we collected a substantial amount of documents regarding the cultures of Kiowa, Arapaho and other tribes that live in Dakota and Wyoming.

Our film presents the myth of the origin of the cliff and the constellation that can be seen from it during winter solstice. Every tribe has its own name for the cliff: “bear’s tepee”, “bear’s den”, “house of the bear” etc. The cliff itself and the territory around it are sacred for the tribes of the Great Plains. Myths associated with this place are quite different in every tribe, but there are some common elements and repeating patterns of meanings: a bear chasing young girls, a growing cliff, girls turning into a constellation.

During my research I found out that the image of a bear in tribes’ mythology is connected with timing loops and seasons. As this animal hibernates in winter and wakes up in spring, it symbolizes wakening of nature and sexuality. In Europe many pagan beliefs and rituals were associated with the figure of a bear; in myths and fairy tales of countries where these animals lived there are always stories of bears kidnapping young girls.

Such anthropological approach let us find common features in different cultures and civilizations, as well as begin our study of connection between mythology and psychoanalysis. The idea itself isn’t brand new – Freud applied to Greek myths to formulate his theories, and one of the best-known examples is the Oedipus complex. As to correlation of mythology and psychoanalysis, we are interested in the processes of creating collective imagination, models of behavior in certain society and its artistic comprehension.

Our current video project’s name is “Master of honey”, it is devoted to actual social and political problems. This film will be different from the previous in its double narrative structure: documental and fiction. The documental part is a conversation with a well-known French historian and sociologist about the nature of authority. We also talked about feminism and, of course, about Ukraine. The fiction part will be composed of short metaphorical scenes featuring our character – the bear. The documental and the fiction parts will engage in a dialogue and “interlace” during editing of the film. Probably our “mythological” bear will even get a chance to participate in the real interview!

The making of the first part of the film was very long – we spent hours web searching, visiting libraries and museums… It took us two years of preparation to shoot a seven-minute video. Paolo and I read a massive amount of books – we brought a trunk of literature from the US art residency and even hardly got on a plane because of the weight of our luggage! But the work on “Master of honey” is progressing much faster, even though it’s a 30-minute video, we plan to finish it till summer 2016.

In Kyiv I am engaged in projects with university students and young artists. The first project was launched in October 2014. “Extreme territories” is an exchange program of my French students from École Européenne Supérieure des Beaux arts de Bretagne in Rennes and students from Kyiv School of Visual Communication and Tbilisi State Academy of Arts. The second project is a workshop “What letter starts the painting?” (in April 2015) in School of Visual Communication.

About a year ago it was difficult for me to launch such exchanges and programs. In 2014, after Maidan protests, Ukraine got a new energy and a certain chance to work with European countries. At least I can feel it in the field of art education.

As education in state art universities is still academic, alternative structures begin to emerge in Ukraine: schools, courses, lectures on contemporary art. There are not many of them, but people need them, and, as an artist, it makes me very happy!

The people I got to know and work with here (and I hope to continue to work!) as Natalia Sinepupova, Alevtina Kakhidze, Lada Nakonechna, Kateryna Radchenko, Ksenia Malykh and many others do amazing things. They are the pioneers of alternative methods of work in art field! School of Visual Communication, Closer, Izolyatsia… There are not so many private initiatives in France yet. One of the reasons is that in the 80s French socialist government created the whole system of state art institutions – from schools to exhibition halls.

This quite comfortable situation exists even now, but due to economic crisis in the country, state budgets are slowly shrinking, and culture and education suffer from it the most. To me, soon there will be the need for such initiatives in France. It means that even Ukraine has something to learn from!