04 Mar Nikita Kravtsov: “Freedom is the main privilege of being an artist” 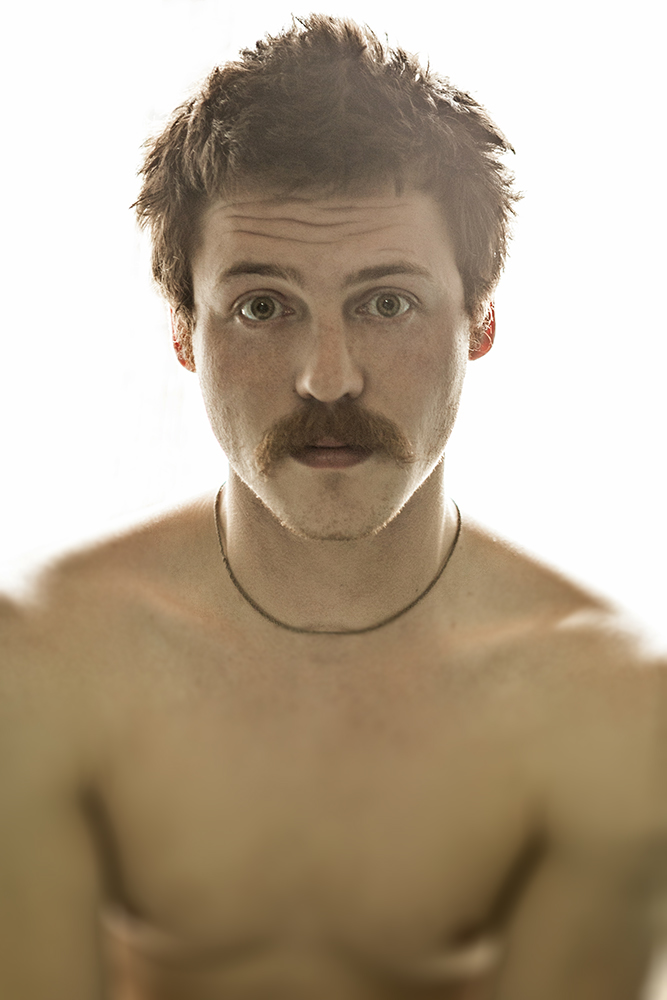 At 26, Nikita Kravtsov is just painting, just socializing and just having fun time of his life.

It’s difficult not to fall under his spell. Nikita Kravtsov is confident – maybe, because he has much to say with his works. He is hospitable, well-read and sincere. All in all, he is a real artist.

Once I wanted to go to university in Saint Petersburg – I thought they had the best art school, but when I grew up, I weighted up the options and decided to enter the Academy of Fine Arts in Kyiv. Well, you know… But considering the very beginning of the story – my childhood – of course, my parents had their hand in it. Dad brought me to Victor Ivanovych Buryakovskyi – he was my teacher, mentor and friend. He was born in 1917… And he was my “third grandpa” – he used to be my father’s teacher. I spent a lot of time with him. He has been teaching me all the techniques since I was five. At first we drew something, glued… In a way I was traumatized, when all the boys played football and basketball, and I was sitting and drawing some bottles, strange cubes… I looked at them from the window, and they waved to me, laughing… Now all they sit in their offices and I am free and waving from the street…

On the privilege of being an artist

It’s freedom. Your head works all the time. You don’t have a boss – your only authority is the sky above the head. I always wanted to become an artist, though everybody in my family is an architect. My parents supported me, respected my choice. Mom was a little bit nervous, as she considered all the artists to be alcoholics. But I dispelled this myth.

To make a transition from standard academic education to conceptual painting, you need to come through a crisis of consciousness. We don’t read “Ulysses” right after ABC book – otherwise our brains would turn into jelly. Although I like Joyce, especially his short stories… I respect Salinger for writing his best books, packing his things and disappearing. But there are a lot of points at issue in his works. After all, many authors die before they’re physically dead. Why turn into immortal Pugacheva and Kirkorov? They’re like preserved mummies. And speaking of painting, I must confess: at first I didn’t get it all. Even now I can’t figure everything out. At least one thing is obvious: doing technical work, like in the Academy of Fine Arts, is not interesting, it’s hack-work.

On work with the galleries

When you work with one gallery, sooner or later you have to say goodbye – or life turns into dull routine… Why continue relationship if it has become unproductive? Nevertheless, I love my gallery, I owe it a lot. I wish guys stable growth. And I believe everything will be fine. I’m thinking over collaboration with foreign galleries. For example, there are people in Paris that are interested in my work. In New York it’s a routine business: they take your works, advertise them, make you popular and then just as quickly dump you like garbage that doesn’t yet have a bad smell. The key is not to bring things to the limit. You should feel the moment. In fact, you should be more sensitive. People have become colder, more prudent, but even the most reliable formulas sometimes fail.

Life knows better what you need to do. Sometimes you make plans and then it all just goes wrong, not the way you wanted it to be. To me, the biggest problem is that in certain situations people are afraid of looking funny. They pretend to be ideal. And it creates obstacles in their mind that lead to complexes and other shit… If there’s something you don’t know, you mustn’t nod with a wise expression – just ask and it’ll be explained to you. Who cares if somebody thinks that you are as thick as two short planks? I don’t mean that you have to be a clown – just take everything easy. As a matter of fact, I’ve been afraid of clowns since I was little.

I have some 173 paintings. Part of them is in the warehouse, another part – in the galleries. What’s the most interesting is that for a long time I was convinced that I was doing nothing at all. But it turned out that I was a real shock worker. I work like crazy.

On a new project

At Art Kyiv Contemporary IX my colleagues and I present the project “The last day at work”. My friend Andriy Stegura invited me to participate in this project, and I joined it with a great pleasure. His idea was brilliant from the very beginning. I hope that our paintings will reveal it at least partially. There will be figures of a miner, steelmaker, saleswoman, herder… We paint them in their uniforms, but they already see their dreams. Little escape from the reality – because it’s very important. At least for a while. At least for two breaths. It’s a massive work. But I hope it will be interesting. 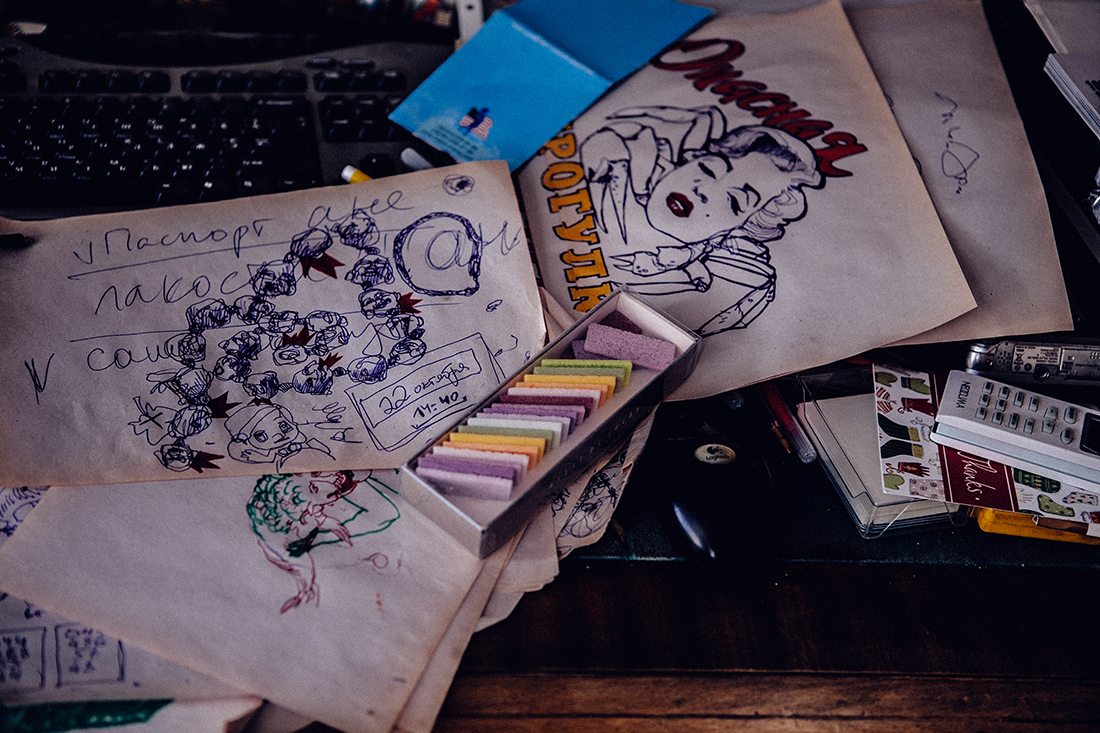